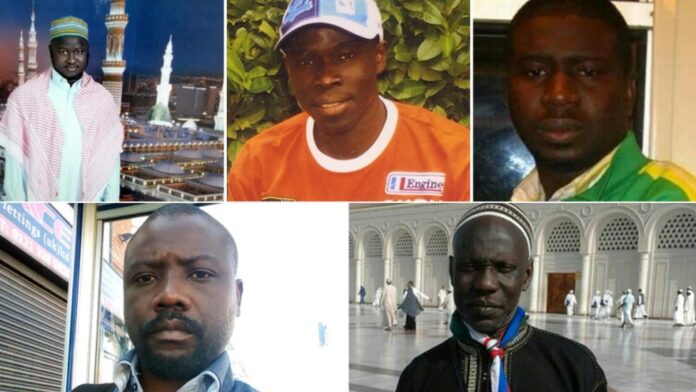 Two company directors have appeared in court charged with health and safety breaches over the deaths of five men at a recycling plant.

ENSCO 10101, formerly Shredmet, and its predecessor Hawkeswood Metal Recycling are also being prosecuted.

The men are due to appear again at Birmingham Crown Court on 11 June.

The five men who died were clearing a bay at the recycling plant in Nechells when a 3.6m (11ft 10in) adjacent wall collapsed, smothering them in hundreds of tonnes of metal ingots.

A jury inquest into the deaths recorded verdicts of accidental death.

Mr Hawkeswood, 50, of Riverside Works in Nechells, faces four alleged breaches of the 1974 Health and Safety at Work Act, including two which alleged an “offence was committed with your consent or connivance or was attributable to your neglect”.

Mr Woodhouse, 54, also of Riverside Works, is charged with four offences related to his duties as an employer on or about 7 July 2016.

Ensco 10101 is accused of failing to discharge a duty to a person other than an employee in July 2016, and failing “to ensure, so far as was reasonably practicable, the health, safety and welfare” of all its employees.

Hawkeswood Metal Recycling faces a charge alleging that it failed to ensure those not in its employment were not exposed to risks, and a second count relating to the safety of employees.

The companies, both of Riverside Works, and the two men indicated not guilty pleas through their lawyers on Friday.