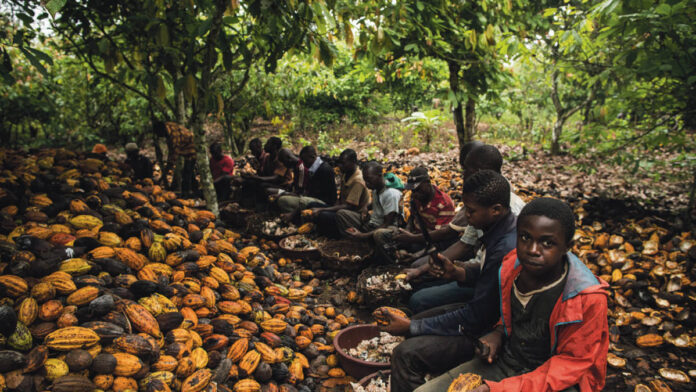 In a crackdown in Soubre, Ivory Coast’s cocoa producing hub, west of Abidjan, police picked up 68 children being used on farms.

The swoop was carried out in a widely-publicized operation named Nawa 2.

Alain Lartmel is Director of child protection at the ministry of women, family and children.

Many of the children in Ivory Coast come from Burkina Faso and Mali. They are traditional providers of labor for their richer neighbor.

“At the age of 10, I went to school. Now that my parents don’t have enough money, I went out and helped them in the field to work”, a 16-year old boy said.

Apart from the swoops by local police, regular work is carried out in the countryside by local child protection committees.

“We have been raising awareness for a long time, but as long as we don’t give a strong signal – in addition to punishing those who employ their children in dangerous jobs, it will always continue”, said Luc Zaka, police commissioner in the Soubre region.

Many of the children are illiterate, capable of going back to the classroom or learning a trade. But instead find themselves being used illegally for work.

Ivory Coast faces mounting demands from western consumers for ethical chocolate, a product that is free of child labor.