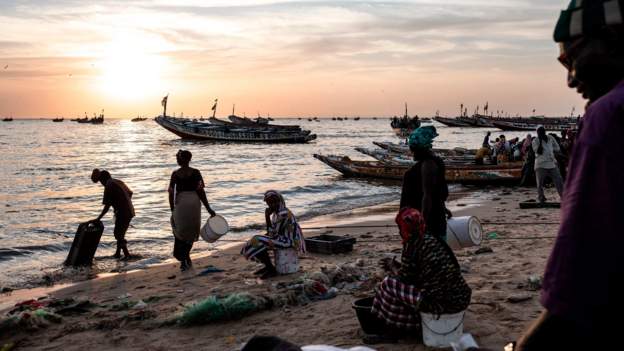 “I am from a fishing community, but you hardly see any people fishing now,” says Mustapha Manneh, an environmental journalist in The Gambia.

“Most of these Gambians are now not into fishing because there is nothing [to fish].”

By some estimates, illegal fishing is costing the region at least two billion dollars a year – and many thousands of jobs along the way.

But a new surveillance centre in the Gulf of Guinea is trying to stop this from happening.

“We will be able to monitor all the vessels operating in this region,” says Seraphin Dedi Nadje of the Fisheries Committee for the West Central Gulf of Guinea, which is behind the project.