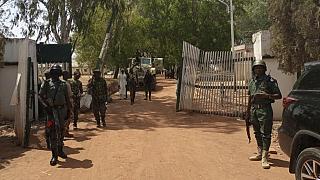 Muslim faithful in Nigeria end their annual fast on Wednesday May 12. But the end of the Ramadan is raising fears of increase in violence in Africa’s most populous nation.

On Tuesday night, loud explosions and gunfire were heard in the city of Maiduguri, the capital of Borno State.

The army confirmed that a dozen worshippers were kidnapped Tuesday in the Katsina region in Nigeria’s northwest.

According to researcher, Vincent Foucher, jihadists groups have a habit of redoubling its violence when the end of Ramadan nears.

This period he noted via twitter is particularly volatile, compounded by widespread insecurity.

On Monday night, a mosque in the town of Jibia in the northwest was attacked while worshippers were attending a prayer vigil.

The army said Tuesday it has managed to repel the attacks by local bandits.