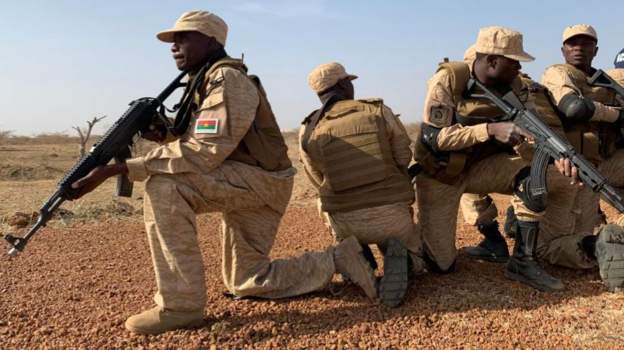 At least 20 jihadists have been killed and four terrorists’ bases destroyed in Burkina Faso during the first week of an ongoing military operation, the army says.

The army and air force have been deployed in the North and Sahel regions since 5 May.

A source said communication equipment, weapons, ammunition and vehicles had been recovered by the army, the AFP news agency reports.

The operation named Houné – the Fulani word for “dignity” – is set to continue for a month.

On Monday the defence ministers of Burkina Faso and neighbouring Ivory Coast said they would step up their fight against the jihadists.

Vast swathes of Mali, Niger and Burkina Faso are no longer under the control of the central governments. There are fears of the violence spreading further south to other countries including Ivory Coast.Article share tools