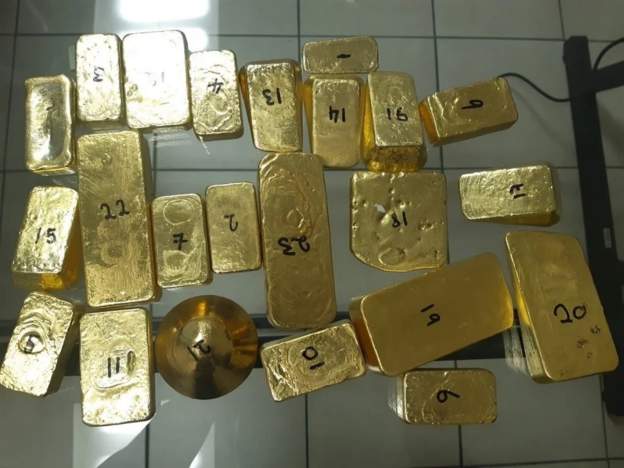 A 33-year-old Zimbabwean national has appeared before a court in South Africa in connection with the illegal possession of gold with as estimated value of 11m rand ($785,500; £555,500).

Tashinga Masinire, who is yet to plead, was granted bail of 100,000 rand in the Kempton Magistrates Court on Monday.

As part of his bail conditions he is not allowed to leave South Africa pending the outcome of the case and he must report to a police station every three weeks.

The suspect was arrested at Johannesburg’s OR Tambo International Airport at the weekend.

At the time of the arrest, the country’s elite Hawks police unit said he should have said that he was travelling with 23 gold bars in his luggage.

“He allegedly failed to declare any items and did not have any permit or license to be in possession to transport gold,” added the Hawk’s Lieutenant Philani Nkalase in a statement.

Police say Mr Masinire had arrived from Harare when he was arrested.

His case has been postponed to 1 July for further investigation.