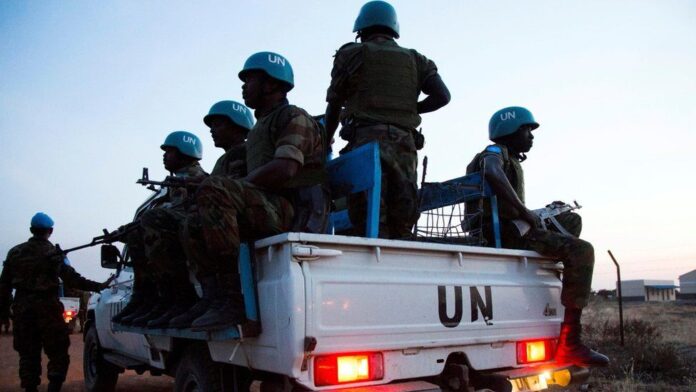 More than 100 former United Nations peacekeepers from Ethiopia have sought asylum in Sudan.

The group was part of a recently closed UN mission in Sudan’s Darfur region, and had been due to return home.

Thousands have been killed in the conflict between Ethiopia’s central government and local forces in Tigray.

It began in November when the government launched an offensive to oust the region’s ruling party from power after its fighters captured federal military bases.

The Tigray People’s Liberation Front (TPLF) had previously had a major dispute with Prime Minister Abiy Ahmed over the future of the country’s ethnically based federal system and its role in government.

There has been increasing concern over allegations of atrocities committed in the Tigray region.

The powerful head of Ethiopia’s Orthodox Church on Saturday accused the government of committing genocide against the Tigrayan people.

“God will judge everything,” said Patriarch Abune Mathias, a Tigrayan, in his first public comments since the war began.

“I don’t know why they want to wipe the people of Tigray off the face of the earth.”

What do we know about the peacekeepers?

A UN peacekeeping spokesperson told AFP news agency that 120 former peacekeepers with its now closed mission in Darfur were seeking international protection and had applied for asylum in Sudan.

The mission, aimed at supporting civilians and helping to mediate Darfur’s years-long conflict, ended in December, and the peacekeepers were due to be repatriated.

The UN refugee agency said the group would instead be “taken to a location where they can be safely undertaken for their refugee status to be determined”.https://emp.bbc.com/emp/SMPj/2.41.1/iframe.htmlmedia captionTigray crisis: Why Sudan is a ‘second home’ to Ethiopian refugees

The UN did not provide details of the identities of those who have applied for asylum.

However, the state-run Suna news agency said the 120 peacekeepers were from the Tigrayan ethnic group, and feared being detained by the federal government in Addis Ababa if they returned.

About three dozen of the peacekeepers have been moved to a refugee camp on the border with Ethiopia, and more were set to be moved on Monday, the head of the refugee agency in North Darfur told Suna.

The troops have joined tens of thousands of Ethiopian refugees who have fled to Sudan since the conflict in Tigray began.