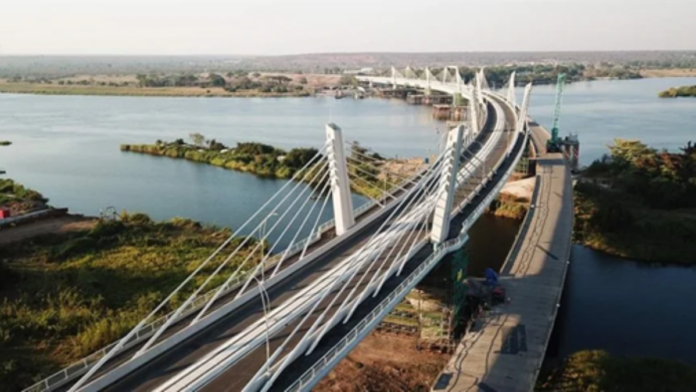 A new bridge over the Zambezi River linking Botswana and Zambia has been officially opened and should boost trade in the region.

At a cost of more than $250m (£177m), the Kazungula road and rail bridge was paid for by the African Development Bank and a loan from the Japanese government.

Before it was built cargo had to be unloaded from lorries and taken across on barges.

The Botswana government tweeted this shot of the 1km-long (0.6 mile) bridge earlier today:

Other countries in the region should get an economic boost as it’ll speed up trade between South Africa’s ports and countries to the north, including the Democratic Republic of Congo.

And there’s a reason why it’s curved – the former President of Zimbabwe Robert Mugabe was opposed to the project.

So, in order to avoid encroaching on Zimbabwean territory, the bridge couldn’t be built in a straight line.