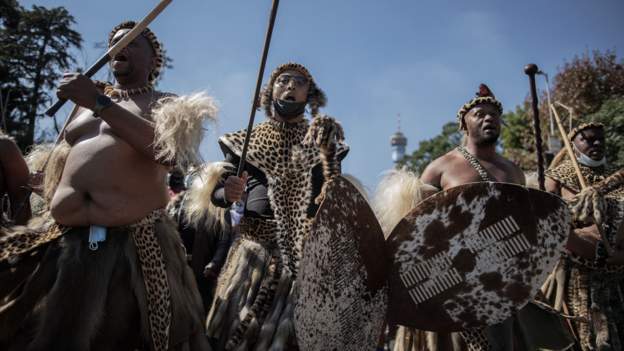 The Zulu nation is still in shock.

The Zulu royals have no formal political power, but remain hugely influential figures. For that reason, deciding who’s next in line for the throne is actually a big deal.

Problem is – a bitter family feud has made it hard to guess who’ll succeed Queen Dlamini-Zulu.

“The royal family will need to come together and come to some sort of consensus,” says the BBC’s Pumza Fihlani in Johannesburg.