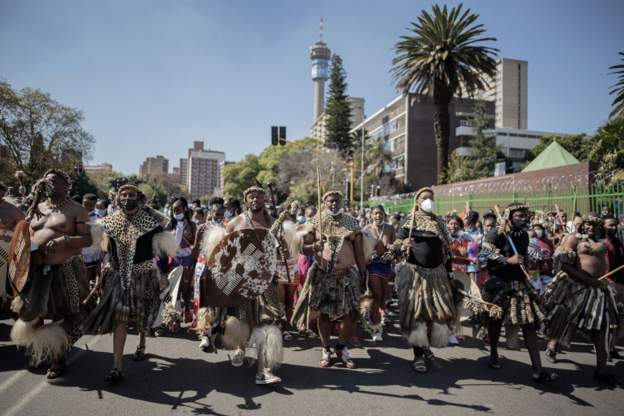 The regent of South Africa’s Zulu nation, Queen Mantfombi Dlamini Zulu, has been laid to rest in KwaZulu-Natal province.

Her funeral took place at her Kwakhangelamankengane Royal Palace in Nongoma in the early hours of the morning. A vigil was held overnight.

She was buried according to Swati royal culture. The queen’s body was wrapped in a cow’s hide by a delegation that was sent by her brother, King Mswati III of neighbouring Eswatini.

The funeral was attended by family members from both monarchies.

A state-funded memorial will be held at the palace later on Friday.

Now that Queen Mantfombi has been buried, focus will be on the squabbles over succession.

Factions within the royal family have brought a legal challenge to halt the naming of a successor, after questioning the authenticity of the will of the late King Goodwill Zwelithini, who died in March.

A successor will be chosen among the late king‘s 28 children.