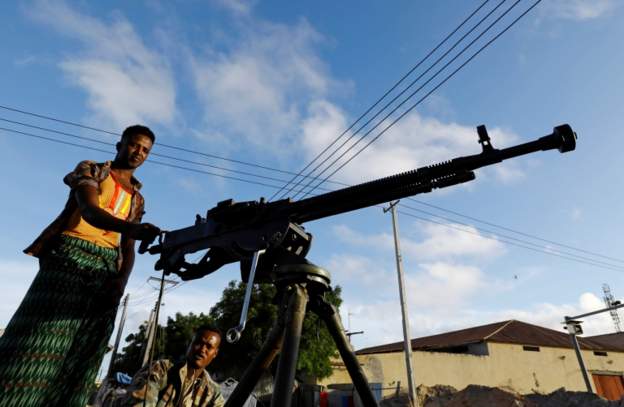 Convoys of troops allied to the opposition are have been seen withdrawing from Somalia’s capital, Mogadishu, a fortnight after clashes in the city sparked fears of a return to civil war.

The withdrawal is the result of new political negotiations aimed at resolving a bitter dispute over long-delayed elections.

Their sudden arrival in the city, last month, led to clashes with pro-government forces and an exodus of civilians.

There was widespread fear that brinkmanship by the country’s political elites was pushing Somalia back towards the days of clan warfare and anarchy.

But under international pressure President Mohamed Abdullahi Mohamed, known as Farmajo, backed down on his controversial plan to hold on to power for an extra two years.

Election talks resumed – and Somalia even reached out to its neighbour, Kenya, to end a separate crisis and restore diplomatic relations.

None of this resolves the underlying tensions in Somalia:

But a country that often makes the news for all the wrong reasons, has embraced political compromise, and persuaded an assortment of armed groups to leave Mogadishu in peace.