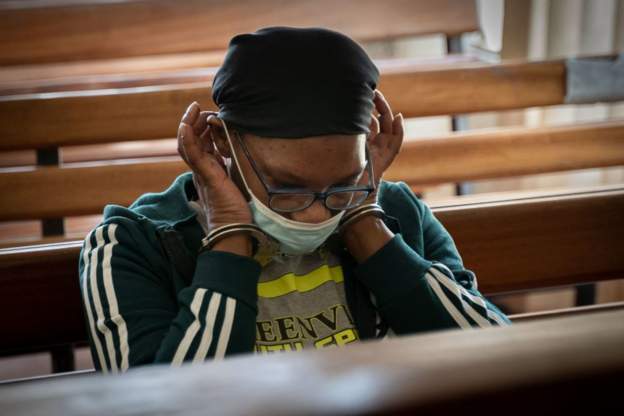 A woman who was deported by the US to Rwanda has pleaded not guilty over the 1994 genocide charges – saying she was pregnant soon after having given birth to twins.

“Having twins and being pregnant, how could I manage to participate in the killings I am accused of?” she told the court.

Based on some witnesses accounts during her husband and mother-in-law’s trial in a UN court in Arusha, Tanzania, Mrs Munyenyezi was accused of standing at roadblocks to identify Tutsis to be killed and encouraging Hutu militia to rape women before killing them in Butare, a city in south Rwanda.

Accused of being influential in ordering the killings of Tutsi university students in the city, Mrs Munyenyezi denied it saying she was new, and had not gone to the roadblocks.

She said she arrived in Butare in July 1993 to get married while two months pregnant, delivered twins later and soon after got pregnant again.

In her bail hearing on Wednesday with two renowned lawyers in Rwanda by her side, she denied all the charges, says the BBC’s Jean Claude Mwambutsa, who was in the court in Kigali.

She accused some of the witnesses in the Arusha court of lying by saying they studied with her at the National University of Rwanda before the genocide while she “had not even finished secondary school”.

She also said that charges against her based on the witnesses’ accounts were rejected by the Arusha tribunal.

In 2011, Arsène Shalom Ntahobali – Mrs Munyenyezi’s husband – and her mother-in-law Pauline Nyiramasuhuko, a former Family and Women’s Affairs minister, were the first woman and son found guilty of atrocities committed in Butare in the 1994 genocide. The two are serving a 47-year jail term in Senegal.

The court will decide on Mrs Munyenyezi’s bail on Monday.