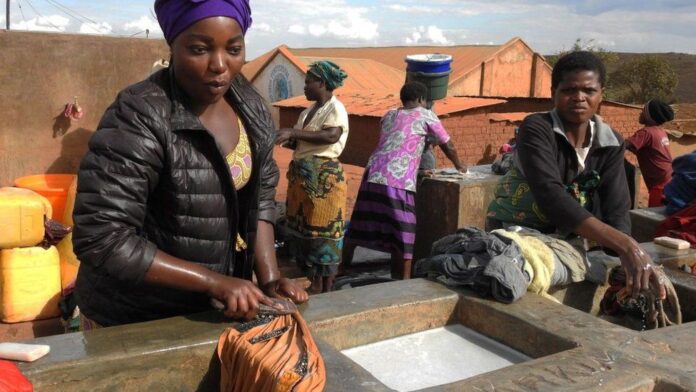 The government of Malawi has ordered thousands of refugees who have integrated into society to move to the country’s only refugee camp.

Some of the refugees have lived in Malawi for years, setting up businesses and marrying Malawians.

But now authorities say they pose a threat to national security by living among local people.

Some refugees have said they will resist the order to move to the overcrowded Dzaleka camp.

The deadline to move to the camp was originally 28 April, but a temporary court injunction has provided a brief respite.

The camp, about 40km (30 miles) north of the capital, Lilongwe, has a capacity for up to 14,000 refugees but now houses nearly 50,000. Hundreds more are arriving each month, most of them coming from the Democratic Republic of Congo.

“We are not chasing them, and we just want them to be where they should be,” Homeland Security Minister Richard Chimwendo told AFP news agency.

“Those who have businesses… will have to operate from Dzaleka. If they are married they must apply for permanent residence. We are not sending them back to their countries.”

The UN refugee agency (UNHCR) in Malawi estimates that about 2,000 refugees are affected by the order. It said the directive was in line with the country’s encampment laws, but warned of “serious human rights implications” and urged the government to reconsider.

In an email to AFP, the UNHCR said health facilities, water supplies and schools at the camp would be stretched even further by the move.

“We don’t want to see scenarios where people will take advantage to grab or ransack the refugees’ assets,” he said.

The UNHCR – citing an official communication from the Homeland Security ministry – said the order was also due to “security concerns in order to protect both refugees and host communities following the volatile situation in Mozambique’s Cabo Delgado area”.

Cabo Delgado province has long experienced instability but there has been a sharp increase in militant attacks in recent months. Local al-Shabab militia in the area are believed to have links to the wider Islamic state group (IS).https://emp.bbc.com/emp/SMPj/2.41.1/iframe.htmlmedia captionRunning from terror in north-east Mozambique

Mr Chimwendo, however, denied that the decision was linked to the insurgency. He acknowledged that the camp was overcrowded, but said: “We are looking at how best we can settle that.”

One refugee, Jean Minani, told AFP he had fled Burundi 13 years ago and sought asylum in Malawi where he now runs a food store.

He said moving to Dzaleka would be “unimaginable” for him and his family.

“We are not comfortable (with the idea),” he said.

Kanamula John, who represents Rwandan refugees in Dzaleka, said the overcrowding was a big concern, adding: “Some of us have married Malawian women and some Malawian men have married refugees. We don’t know what will happen to our children.”