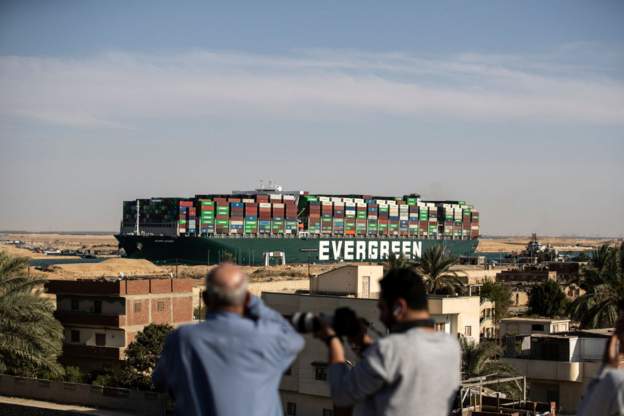 A court in Egypt has ruled that the Ever Given – the massive container vessel that blocked the Suez Canal in March – will continue to be held as a dispute over compensation shows no sign of being resolved.

The grounding of the Ever Given for six days in March captured the world’s attention, but the story is far from over.

The Suez Canal Authority is seeking almost $1bn (£720m) in compensation from the Japanese owner of the vessel.

The ship is currently impounded in a lake between two stretches of the canal. An appeal by the owner for the vessel to be released has been rejected for now.

The Canal Authority has yet to publish the findings of its investigation into the cause of the incident.

It took almost a week for specialist rescue teams to dislodge the Ever Given – as much of the world online offered unwanted advice – but returning it to the freedom of the high seas may take a lot longer.