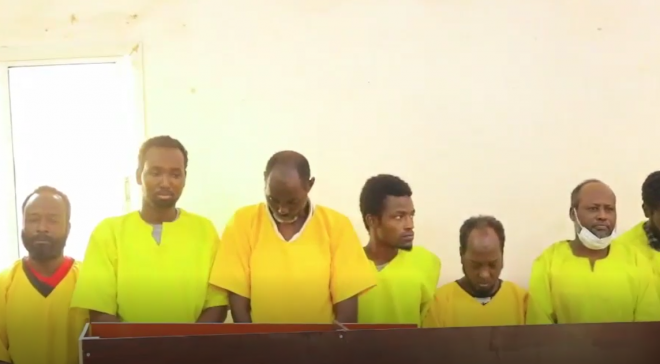 The chief of the Puntland military court, Colonel Ali Shire, said the five were found guilty of carrying out attacks targeting government officials.

The convicts have 30 days to appeal against the sentencing.

On 23 April, the same court sentenced eight al-Shabab militants to death for carrying out killings and explosions in parts of Mudug Region.