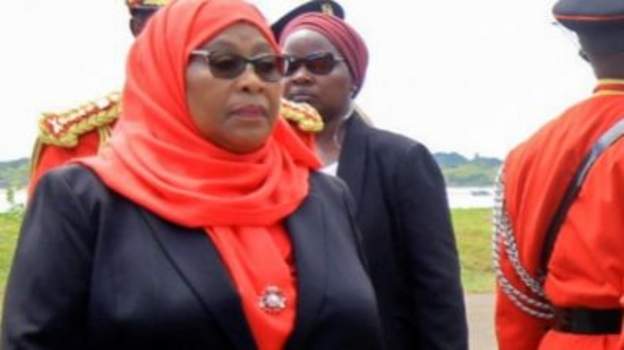 Tanzania’s new President Samia Suluhu Hassan has been elected as the chairperson of the governing party.

She was the only candidate for leadership of the Chama Cha Mapinduzi (CCM) party.

Correspondents say the appointment will give the country’s first female president greater power to influence the membership and activity of the party that in different forms has been in power since independence 60 years ago.

She became president when John Magufuli – a coronavirus sceptic – died in March.

President Samia has adopted a very different position, promoting a science-based approach to tackling the pandemic.

She has also reached out to Tanzania’s political opposition which has been oppressed for years.