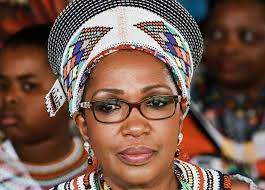 The South African president has offered his condolences to the Zulu royal family and the Zulu nation following the death of its monarch Queen Shiyiwe Mantfombi Dlamini Zulu at the age of 65.

Cyril Ramaphosa said the country’s thoughts, prayers and hearts were with them in what he called this hour of compounded grief.

The president has shared his condolence message on Twitter:

Shiyiwe Mantfombi was installed as the interim monarch in KwaZulu-Natal province only last month after the death of her husband, King Goodwill Zwelithini.

As the regent she had been due to choose who would be the permanent successor to the throne.

What next for the Zulu throne amid succession row?