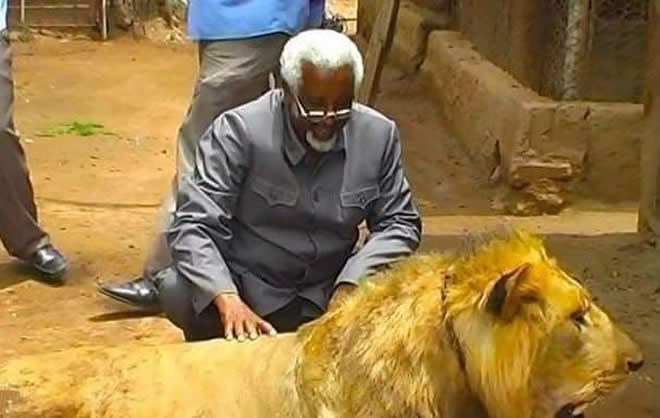 Hargeisa (HOL) – A lion belonging to a former Somaliland cabinet minister escaped from his enclosure on Thursday evening, seriously wounding a woman before it was shot dead by authorities in Hargeisa.

The lion belonged to Former Somaliland Minister of Interior, Ali Mohamed Waran Adde, who served in the Silanyo administration. The lion was one of two he kept at a big cat Zoo on his compound.

The lion attacked a woman named Iftin Bashir in the New Hargeisa neighbourhood. The attack left her with injuries to her head and neck. She has been transported to a hospital for treatment.

Adde told the media that the lions escaped during feeding.

“Lions are usually particularly playful when it rains, and the feeder went in (while it was raining) to feed the lions. He opened the gate and was immediately pounced on him. They trampled on him and escaped from the cage. The lions escaped close to iftar time, and the handlers managed to corral one of the lions. One of the lions was able to escape and, as it was being pursued, attacked a woman. We took two good shots at it but missed.”

Adde said that he immediately called the police for assistance, who managed to find it and put it down by early morning.

Somaliland’s Ministry of Information confirmed that the lion was dead.

“The Commander of the Somaliland Police Force, Brigadier General Mohamed Aden Saqadhi, confirmed that the police killed the lion that escaped from Ali Mohamed Adde’s farm. The police commander would like to tell residents that the capital city of Hargeisa is peaceful.