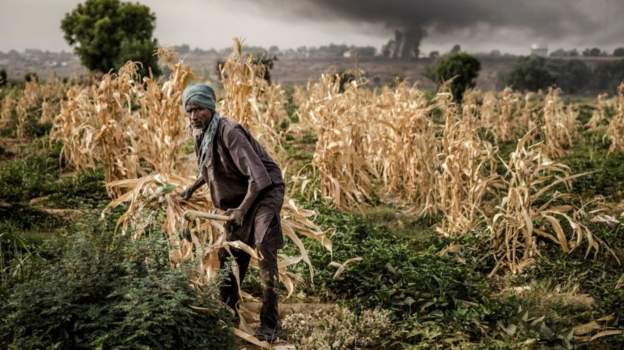 Villagers in the Shiroro area of Nigeria’s western Niger state have resorted to paying armed gangs so that they can go to their farms without fear of being kidnapped.

The farming communities told the BBC that they had no other option as they did not want to miss the window for preparing their land for the early April rains.

“Villages have negotiated separately so the terms are different – in some areas there was a stipulated fee to pay while other villages agreed to supply the bandits a certain number of motorcycles,” a community leader in the village of Garmana told the BBC.

The gangs often travel on motorbikes to conduct their raids.

A man in another village said they had negotiated a 2m naira (£3,779, $5,272) payment with the bandits and under its terms villagers were also allowed to move around freely and the armed men would not raid the settlement.

Various state authorities told the BBC they had no knowledge of the deals.

Niger is one of several states that have come under increased attacks by armed groups recently.

Last week, the state’s governor, Abubakar Bello, said some areas were now under the control of Boko Haram – Islamist militants who usually operate in the north-east of the country.

He warned that the gunmen were not far from the capital, Abuja, which is less than two hours away from Niger state.