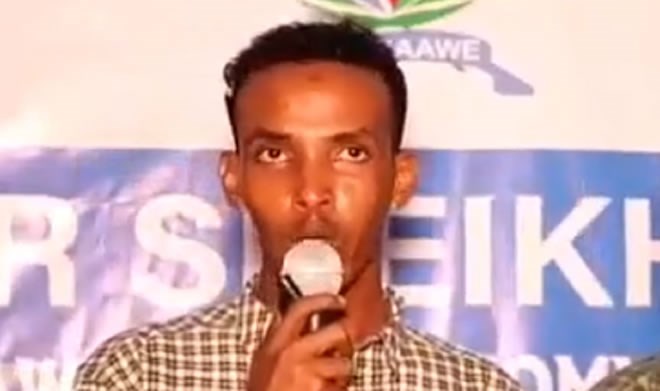 Mogadishu (HOL) – The District Commissioner of Barawe Town in the Lower Shabelle region, Omar Sheikh Abdi, says that he was nearly assassinated on Thursday when Somali military officers shot at his vehicle after he was turned away from his office.

“I was stopped by Somali National Army officers at a checkpoint in front of my office. The soldiers told me I could not pass. I complied with their order and turned around, and that is when they began shooting at my car indiscriminately.”

Two people – Abdi’s bodyguard and an eight-year-old innocent bystander – were killed, and another bodyguard was seriously wounded.

Abdi was not harmed but said the shooting was an assassination attempt.

“God saved me, but one of my bodyguards was killed.”

Abdi said that the attack happened in the presence of the SNA Barawe Commander and his deputy.

The District Commissioner called on the authorities to investigate the attack.

“I urge the South West Administration and the Federal Government of Somalia to investigate today’s incident and bring to perpetrators to justice for the deliberate shooting of Barawe officials.”