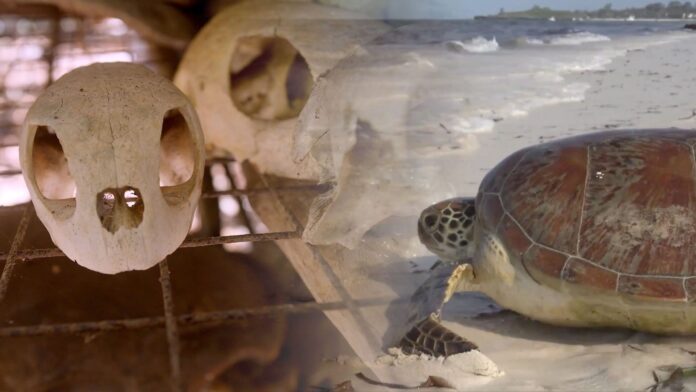 Watamu, on the Kenyan coast, is famous for being home to five out of the seven sea turtle species.

But increased poaching and tourism have meant that green turtles are on the verge of being endangered.

Abdalla Ali, the chairman of a local fishing community, says that as the number of fish in the ocean has dwindled – and thus reducing their revenues – fisherfolk have taken to fishing “anything that they can get from the ocean”.

“Turtle poaching is happening because despite their declining numbers, the people who do not know their value are still eating them,” he says.

Ruth Karisa a manager at Local Ocean Conservation organisation says many continue poaching the turtles despite them being protected by law.

“[The people] believe turtle oil is an aphrodisiac, their eggs are an aphrodisiac…turtle meat will make kids grow healthy and old men will grow stronger each day,” she says.

Conservationists are engaging the local community and providing alternative means of employment as well as using technology to prevent poaching.

Hindus, Buddhists and Christians say no to Islam as state religion