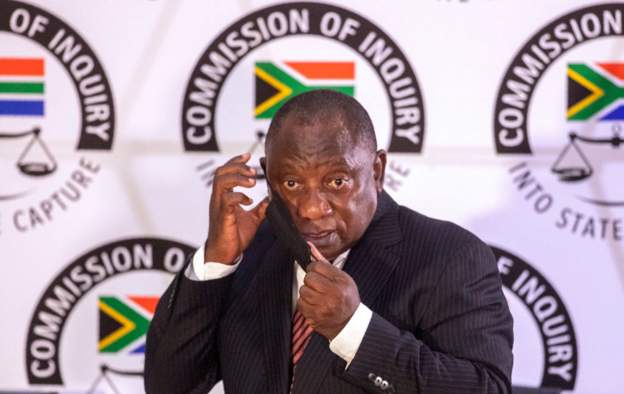 South Africa’s President Cyril Ramaphosa is testifying as a witness before a long-running inquiry into allegations of corruption under his predecessor Jacob Zuma.

In his opening statement, Mr Ramaphosa said the governing African National Congress (ANC) would try to shed light on the matters being investigated.

He said its aim was to confront and hold responsible to account those behind the state’s capture.

Among other things, Mr Zuma is accused of allowing businessmen close to him – the Gupta brothers – to influence policy and win lucrative government contracts during his nine years in power.

Mr Ramaphosa was speaking as head of the ANC. His testimony is due to last two days.

The State Capture Commission of inquiry was set up in 2018 to investigate corruption in state institutions.