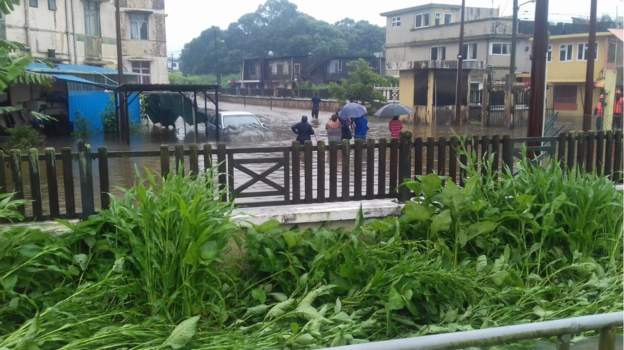 The authorities in Mauritius have issued a disaster alert over heavy rains that have caused flooding in several locations in the country.

The Indian Ocean island has recorded more than 100 mm of rain accompanied by thunderstorms in various regions within 24 hours.

The heavy rains have caused severe flooding in the south, a region that had already been affected heavy rains in the past two weekends.

Flooded houses and soggy grounds in the region have forced some residents in the country’s south to leave their homes to seek safety in shelters or with relatives.

Evacuation operations for some residents were carried out overnight and have continued this morning.

Civil servants have been asked to stay at home on Wednesday except for those who providing essential services.

Buses and trams will not be running due to the heavy rain advisory.

The government also decided to cancel national examinations scheduled to start on Wednesday.

The heavy rain will persist overnight, according to the meteorological service.