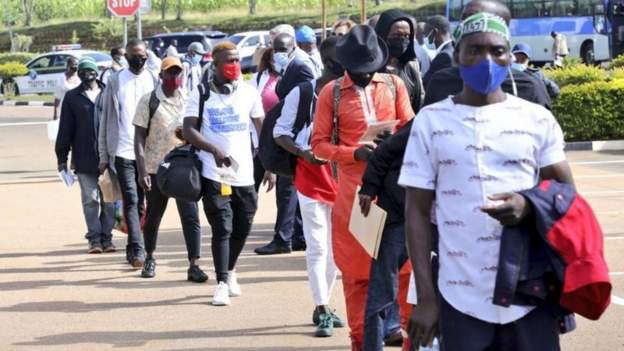 The UN refugee agency’s high commissioner has crossed the border from Rwanda into Burundi alongside 159 refugees who are being repatriated.

Filippo Grandi joined the convoy as an observer while visiting the Great Lakes the region.

A spokeswoman tells the BBC that more than 23,000 refugees have been repatriated since last August.

More than 100,000 refugees fled to neighbouring Rwanda during the 2015 political crisis in Burundi, and more than 60,000 still live in Rwanda.

Many more have registered to go back home since March, when the UN’s food agency reduced cut food aid by 60% to Rwandan refugees blaming a sharp fall in international aid.

Many refugees in Rwanda said they expected solutions from Mr Grandi’s visit, “but we haven’t heard any comforting news from him”, David Ngarura of Mahama refugee camp told BBC.