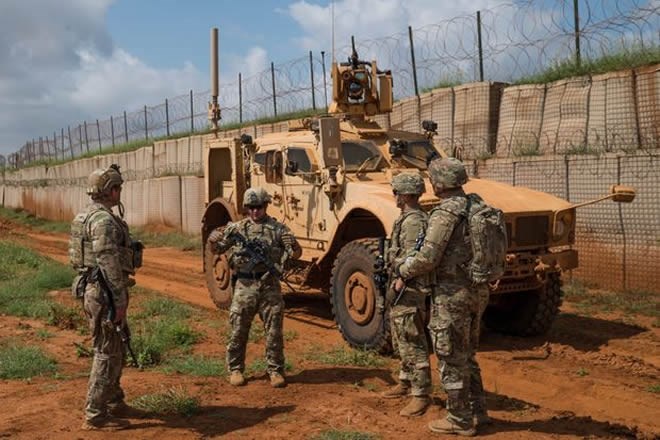 “There’s no denying that the repositioning of forces out of Somalia has introduced new layers of complexity and risk,” U.S. Africa Command chief Gen. Stephen Townsend told the Senate Armed Services Committee. “Our understanding of what’s happening in Somalia is less now than it was when we were there on the ground physically located with our partners.”

In the final months of his tenure, former President Trump ordered almost all of the 700 U.S. troops that were in Somalia to withdraw. The troops were in Somalia to help local security forces fight al Qaeda affiliate al-Shabaab and the local ISIS affiliate.

While Trump framed the move as part of his efforts to end “forever wars,” most of the U.S. troops that left Somalia were repositioned to other nearby countries such as Kenya and Djibouti and have continued to conduct operations inside Somalia.

“We have been commuting to work,” Townsend said Thursday. “We work virtually with our partners from our bases in the region, and then we fly in to conduct training and to advise and assist our partners.”

Over the past 90 days, there have been four such operations to train, advise and assist forces inside Somalia, including one that is ongoing, Townsend added.

Fewer than 100 U.S. troops remain in Mogadishu for work tied to the U.S. embassy there, Townsend said.

The Biden administration is in the midst of a review of U.S. military posture around the globe that could result in a reversal of Trump’s withdrawal or other changes to the U.S. military footprint in Africa.

ownsend said he is providing input to Defense Secretary Lloyd Austin for the global posture review, but that in the meantime, his command is “working to make this new mode of operation work.”

Townsend was testifying alongside U.S. Central Command chief Gen. Frank McKenzie, who is devising options to continue counterterrorism operations in Afghanistan once all U.S. troops withdraw from that country in line with President Biden’s order.

Several senators highlighted parallels between Townsend’s situation in Somalia and McKenzie’s in Afghanistan.

“Ironically or coincidentally, what you’re anticipating or actually experiencing at this moment is very much the same situation that Gen. McKenzie might face. Having withdrawn forces from the target country, for want of a better word, you have to operate on the periphery,” Senate Armed Services Committee Chairman Jack Reed (D-R.I.) said. “You face political and cultural issues, and Gen. McKenzie will face political and cultural issues.”

Echoing comments McKenzie has made about Afghanistan, Townsend told senators conducting counterterrorism operations with so-called over the horizon forces “makes it more difficult; it doesn’t make it impossible.”