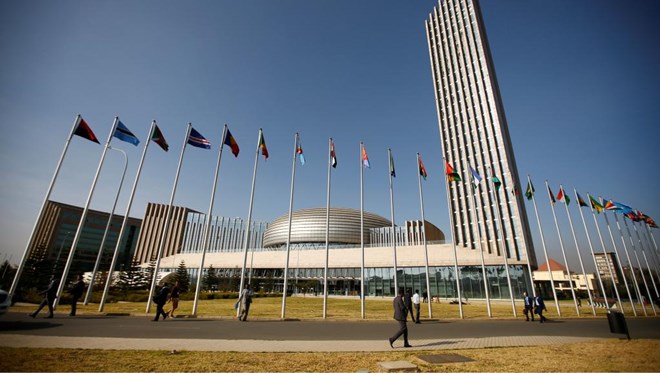 Mogadishu (HOL) – The African Union Peace and Security Council (PSC) has condemned the April 12 parliamentary resolution – passed by Somalia’s House of the People – to extend their mandate and that of the President for two years, describing the move as “unilateral” and inconducive to peace and stability in Somalia.

In a communique released after their virtual meeting on Thursday, the PSC said it was deeply concerned about the worrying developments caused by the term extension.

The PSC examined the mandate extension and determined that it amounted to an unconstitutional change of government according to the AU Constitutive Act and the relevant provisions of the African Charter on Democracy, Elections and Governance.

The mandate for Somalia’s legislative and presidential elections expired in December 2020 and February 2021, respectively.

“(The PSC) Urges the Somali political leaders to prioritize the country’s national interests and to immediately resume dialogue, based on the September 2020 Agreement and Baidoa technical committee recommendations, in search for consensual solutions to outstanding issues that impede the organization of elections.”

The AU said it is prepared to support the talks through facilitation and mediation, including dispatching a long-term electoral assistance mission to Somalia. It also called on other multinational and sub-regional groups, including the UN and IGAD, to support the AU in getting the negotiating parties back to the table.

On Wednesday, IGAD issued a press release where it said the group “welcomes the proposed (AU) initiative to reopen dialogue among the Somali stakeholders” called on all relevant parties to give the “new initiative a chance.”

Given the deteriorating political situation in Somalia, the AU called on relevant stakeholders to exercise maximum restraint and refrain from any confrontation or escalation that would destabilize Somalia.

The PSC called on AMISOM – the peacekeeping force operated by the AU – to keep track of Somali Security Forces (SSF) and called asked Moussa Faki Mahamat, the Chairperson of the AU Commission, to convene a high-level meeting of AMISOM’s troop-contributing countries to “consider the security implications of the current political impasse.”

The announcement was received positively by the US State Department. The Bureau of African Affairs said that they welcomed the AU decision to condemn the mandate extension.

Just days after the parliamentary resolution, Antony Blinken, the US Secretary of State, said that his government was ‘deeply disappointed’ by the decision to extend the mandate without support from stakeholders. The UK, EU and UN issued a joint statement that echoed that call.

The highest-ranking military officer in the US Africa Command, Army Gen. Stephen Townsend, told a Senate panel on Thursday that Al-Shabab is not the biggest concern in Somalia, but rather the “extra-constitutional extension of the president’s term in office.”

Hours before the PSC communique was released, Somalia’s Minister of Information, Osman Dubbe, said in a televised statement that Kenya and Djibouti were negatively influencing the result of the PSC meeting.

“It has come to our attention that two AUSPC members, namely the Republic of Kenya and the Republic of Djibouti, are engaged in sinister  campaigns aimed at derailing the political process in Somalia by trying to influence the outcome of the of AUPSC meeting to the detriment of  the future of the Somali people,” the statement read in part.”

The Minister did not detail how Somalia’s neighbours were influencing the talks.