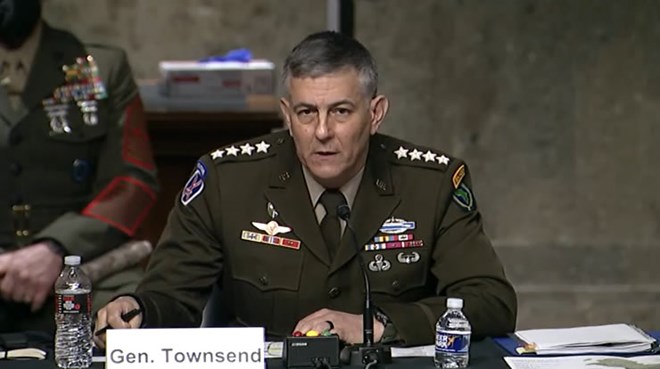 Mogadishu (HOL) – The Commander of the United States Africa Command (AFRICOM) told a Senate panel that the illegal term extension posed the biggest obstacle to security in Somalia and not the militant insurgent group Al-Shabaab.

Townsend, a four-star Army general, appeared before the Committee on Armed Services and testified that the political dysfunction between federal and regional governments is the most pressing security challenge in the country.

“The biggest impact to security in Somalia right now is less Al-Shabaab and moreso the political dysfunction that exists between the federal government of Somalia and the federal member states. As you mentioned in your opening remarks, the extra-constitutional extension of the president’s term in office — that’s our biggest challenge, I think, right now.”

Gen. Townsend said that the Trump-ordered withdrawal of US troops from Somalia has seriously affected its ability to conduct counterterrorism operations.

“There’s no denying that the repositioning of forces out of Somalia has introduced new layers of complexity and risk,” Townsend told Senator Jack Reed. “Our understanding of what’s happening in Somalia is less now than it was when we were there on the ground physically located with our partners.”

The General said that US troops often fly in from either Djibouti or Kenya.

“We have been commuting to work. We work virtually with our partners from our bases in the region, and then we fly in to conduct training and to advise and assist our partners.”

The African Union held a Peace and Security Council (PSC) on Thursday. It condemned a resolution passed by Somalia’s Lower House of Parliament on April 12 to extend the federal government’s mandate. The PSC said the extension would roll back hard-won gains in Somalia’s nascent democracy and constitutional process.