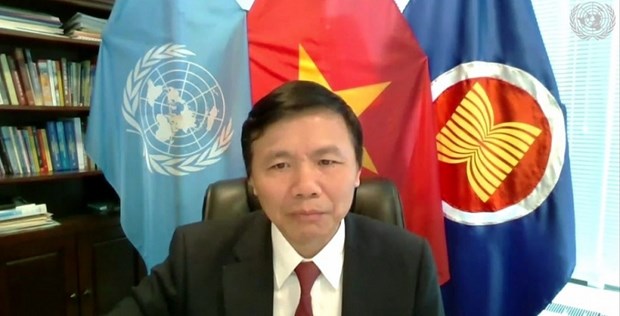 New York (VNA) – Ambassador Dang Dinh Quy, Permanent Representative of Vietnam to the United Nations, on April 20 shared other countries’ concern over the recent developments in Somalia, which would hinder the electoral process in the country.

He also appealed to Somalia’s federal government and federal member states to set aside differences, resume dialogue, and make greater efforts to reach political consensus on the organisation of the election on the basis of the agreement dated September 17, 2020.

The ambassador also reiterated Vietnam’s support for the mediating role of the UN and regional organisations, especially the African Union and the Inter-Governmental Authority on Development, in dealing with political problems in Somalia.

Vietnam backs the Somali people’s efforts for peace, stability and development, he said, calling on the international community to assist these efforts on the basis of respecting international law and the independence and sovereignty of Somalia.

The dialogue was the first in-person meeting held by the UNSC since the beginning of this year thanks to endeavours by Vietnam as President of the council in April.

This was also the second time this year that Council members had discussed the situation in Somalia in an informal interactive dialogue.