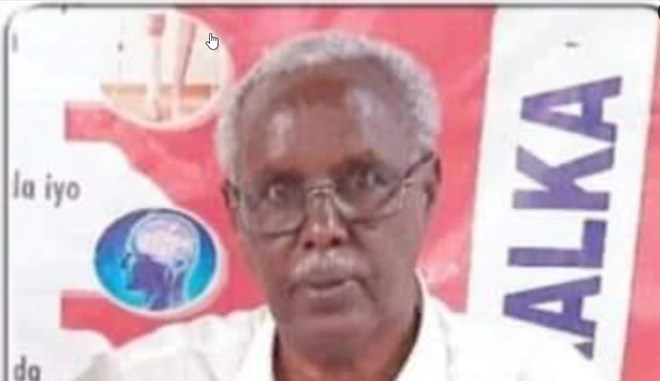 The prominent doctor was shot dead in the Al-Baraka neighbourhood of Hodan district.

Dr. Burane – a dermatologist at Ramadan Hospital – was outside his house when the assassins opened fire, killing him instantly before fleeing.

Shortly after the killing, government forces and the slain doctor’s relatives arrived at the murder scene and removed the body.

The exact motive behind the killing of the doctor, and there are no suspects.