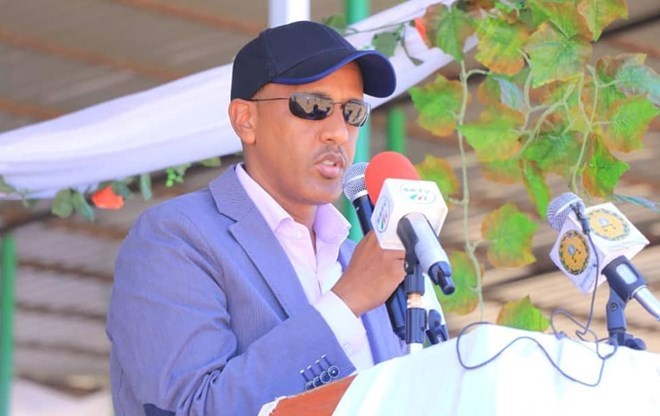 Mogadishu (HOL)  – The President of Somali Regional State in Ethiopia, Mustafe Cagjar, has called on Galmudug and Hirshabelle administrations’ leaders to protect their shared borders.

“I urge the Hirshabelle and Galmudug administrations to respect the agreements reached and work together for the security of their borders,” said Cagjar.

The three leaders have previously agreed to cooperate on bolstering their common borders.

President Mustafe Cagjar also warned that the remnants of Al-Shabaab and TPLF could return to the areas under their control.

The head of security for the Somali region in Ethiopia, Dr. Hussein Kassim, said no formal agreement was in place. 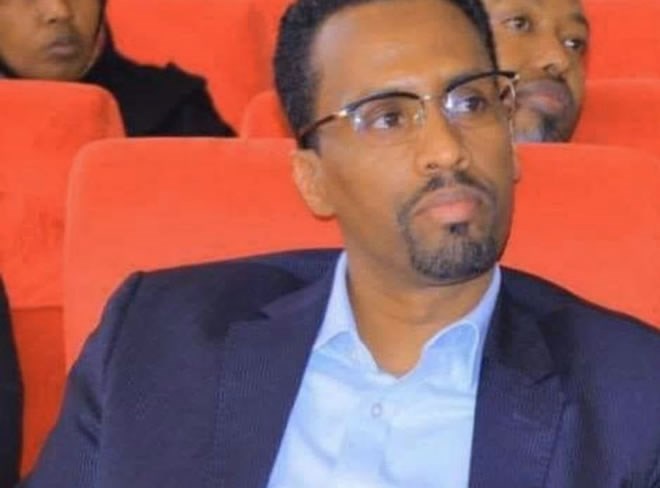 He told HOL that a document written in Amharic circulating on social media that suggested Hirshabelle and the Somali Regional State in Ethiopia had reached a border agreement is fake. He said that he did not sign any document relating to the shared border areas.

The fake letter said nobody should reside within 13km of the border.

The document created confusion among elders who were vehemently opposed to the stipulations. 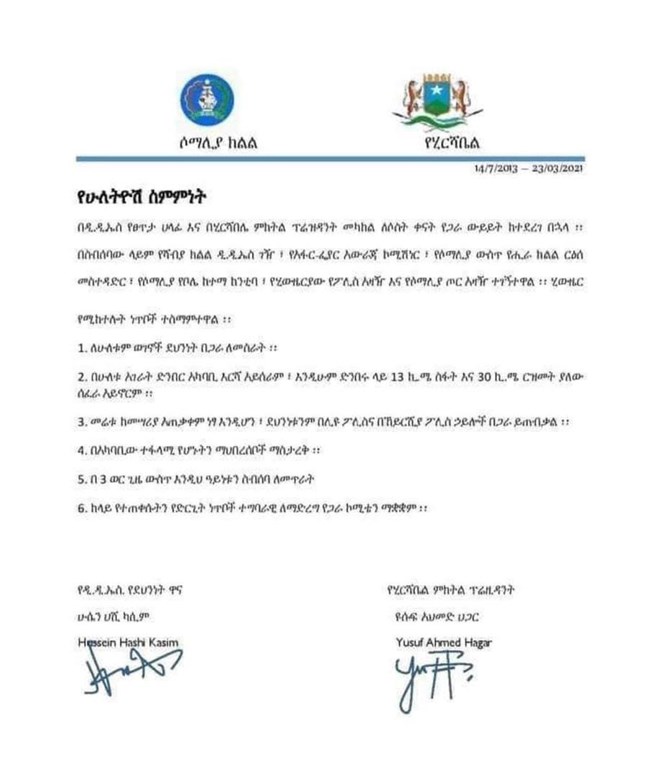 The head of security in Somalia Regional State in Ethiopia, Dr. Hussein Kassim, told HOL that the letter circulated on social media is fake.