Mona Lisa lay on a hospital bed in Mekelle, the main city in war-torn northern Ethiopia, her body devastated but her defiance on display.

Named for the iconic painting, the 18-year-old Ethiopian high school graduate had survived an attempted rape that left her with seven gunshot wounds and an amputated arm. She wanted it to be known that she had resisted.

“This is ethnic cleansing,” she said. “Soldiers are targeting Tigrayan women to stop them giving birth to more Tigrayans.”

Her account is one of hundreds detailing abuses in Tigray, the mountainous region in northern Ethiopia where a grinding civil war has been accompanied by a parallel wave of atrocities including widespread sexual assault targeting women.

A senior United Nations official told the Security Council last week that more than 500 Ethiopian women had formally reported sexual violence in Tigray, although the actual toll is likely far higher, she added. In the city of Mekelle, health workers say new cases emerge every day.

The assaults have become a focus of growing international outrage about a conflict where the fighting is largely happening out of sight, in the mountains and the countryside. But evidence of atrocities against civilians — mass shootings, looting, sexual assault — is everywhere. 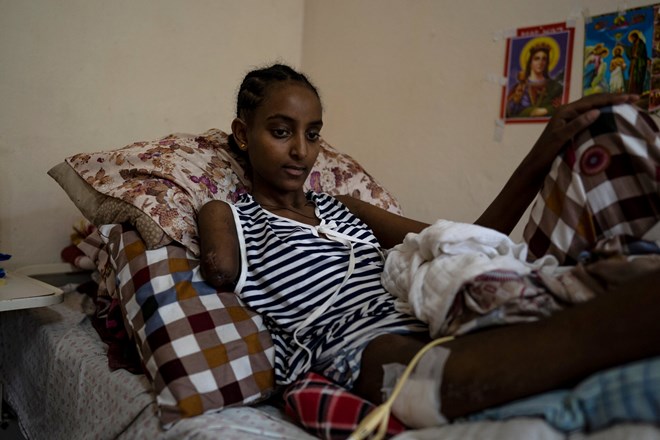 In early December, Ms. Mona said, an Ethiopian soldier burst into the house she shares with her grandfather in Abiy Addi, a town in central Tigray, and ordered them to have sex.

“Please,” she recalled her grandfather, an Orthodox Christian, telling the soldier. “This is abnormal and against our religious beliefs.”

When her grandfather refused, the soldier shot him in the leg and locked him into the kitchen. Then he pinned Ms. Mona to a sofa and tried to rape her. She fought back, kicking the man in the crotch and briefly grabbing his gun, she said.

But he quickly overpowered her and, after shooting her in the hand and firing warning shots into the floor, issued another ultimatum. “He said he would count to three and if I did not take off my clothes he would kill me,” she said.

The soldier fired a volley of bullets that cut through Ms. Mona’s right arm and right leg. By the time she got transportation to the Mekelle General Hospital a day later, doctors were forced to amputate the arm.

She is still in the hospital, the bones in one leg still shattered. An uncle at her bedside corroborated her account of the assault on Dec. 4. Ms. Mona, who consented to be identified, called it a calculated act of war.

“My case is not unique,” she said. “I fought the soldier off. But there are so many women all over this region who were actually raped.”

On Tuesday, addressing Ethiopia’s Parliament, Mr. Abiy publicly acknowledged that sexual assault had become an integral part of a war that he once promised would be swift and bloodless.

“Anyone who raped our Tigrayan sisters, anybody who is involved in looting, will be held accountable in a court of law,” Mr. Abiy told lawmakers, appearing to implicate his own soldiers. “We sent them to destroy the junta, not our people.” 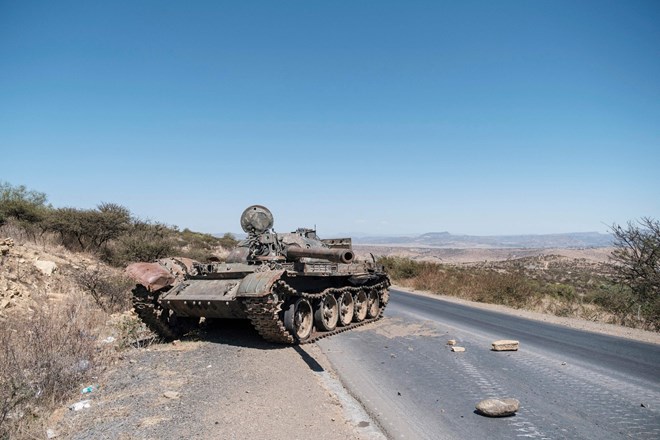 The “junta” is a reference to the Tigray People’s Liberation Front, known as the T.P.L.F., which governed Tigray and now fights under the banner of a new group, the Tigray Defense Forces. The majority of sexual violence accusations in Tigray have been leveled against Ethiopian and allied Eritrean soldiers. But Tigrayan forces may also be guilty of war crimes, the top U.N. human rights official, Michelle Bachelet, said this month.

The war started in November after Mr. Abiy accused the T.P.L.F. of attacking a major military base in a bid to overthrow his government. The T.P.L.F. ruled Ethiopia for nearly three decades until Mr. Abiy came to power in 2018, then retreated to its stronghold in Tigray, where it began to openly defy the new prime minister’s authority.

In some ways, the bitter fight is driven by deeply rooted forces — longstanding land disputes, opposing visions over the future shape of Ethiopia, and a rivalry with Eritrea going back decades. But civilians, and particularly women, are bearing the brunt of the most disturbing violence.

Rocks, nails and other objects have been forced inside the bodies of women — and some men — during sexual assaults, according to health workers. Men have been forced to rape their own family members under threat of violence, Pramila Patten, the top U.N. official on sexual violence in conflict, said in January.

“Rape is being used as a weapon of war,” said Letay Tesfay of the Tigray Women’s Association, which runs a safe house for women in Mekelle. “What’s happening is unimaginable.”

The epidemic of sexual assault is exacerbated by a collapsing health system. Many victims have contracted sexually transmitted diseases, including H.I.V., doctors say. Demand for abortions and emergency contraceptives has risen.

But outside the main towns of Tigray, most health clinics are shut — some destroyed in fighting, others plundered by soldiers as part of what Doctors Without Borders recently called a concerted effort to destroy the region’s health care system. In his meeting with Mr. Abiy in March, Senator Coons said they discussed “directly and forcefully” the reports of widespread human rights violations including rape.

Whether Mr. Abiy delivers on his promise of bringing the perpetrators to justice, he added, “is going to be critical to any successful resolution of this conflict.” 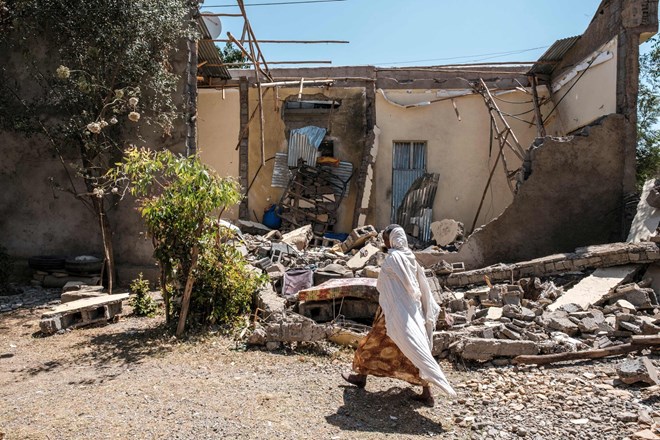 The anguish of victims resonates quietly through the wards of the Ayder Referral Hospital in Mekelle, the region’s biggest medical facility.

A doctor specialized in sexual assault said he had received at least three new patients every day since Ethiopian troops marched into Mekelle on Nov. 28. Some said they had been raped by soldiers in the camps for displaced people on the edge of the city; others were abducted from their homes in rural areas and held for days as soldiers repeatedly raped them.

The doctor, who like several other medics spoke on the condition of anonymity for fear of reprisals from the authorities, produced a list of 18 registered sexual violence patients at the hospital. The youngest was 14. Most said their attackers were soldiers, he said.

In one bed, a 29-year old woman who asked to be identified only by her first name, Helen, trembled as she recounted how Eritrean and Ethiopian troops had tied her to a tree near her home in Agula, 15 miles north of Mekelle, and assaulted her repeatedly over a 10-day period in late November.

“I lost count,” she said. “They took photos of me, poured alcohol on me and laughed.” Some of her assailants also shot dead her 12-year-old son, she added.

Most sexual assault cases in Tigray, however, may not be recorded anywhere. Health workers said that officials are reluctant to register such violence, fearing that the military could target them for documenting the crime. Patients often remain anonymous for the same reason.

Filsan Abdullahi Ahmed, Ethiopia’s minister of women, children and youth, insisted that the federal government was taking seriously the reports of sexual violence in Tigray, and had sent a task force including social workers, police officers and prosecutors to investigate.

While her own mandate was limited to providing victims with psychological support, Ms. Filsan said she had pressured Ethiopia’s attorney general to deliver justice. But it is a difficult process, she insisted.

“I cannot 100 percent confirm whom this is being committed by,” Ms. Filsan said, referring to the perpetrators.

The sexual attacks are so common that even some Ethiopian soldiers have spoken out. At a public meeting in Mekelle in January, a man in military uniform made an outburst that was broadcast on state television.

“I was angry yesterday,” he said. “Why does a woman get raped in Mekelle city?” The soldier, who was not identified, questioned why the police weren’t stopping them. “It wouldn’t be shocking if it happened during fighting,” he said. “But women were raped yesterday and today when the local police and federal police are around.”

Haben, a waitress in Mekelle, was raped with two other women at the cafe where they work in December, she said. Her body is still covered in bruises from the assault.

But even if they had shouted, she added, “there was nobody to listen.”

An employee of The New York Times contributed reporting from Mekelle, Ethiopia.