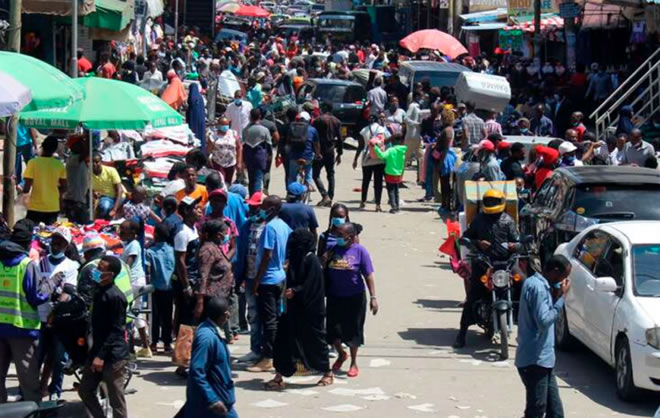 NAIROBI – Somali immigrants living in Nairobi and people suspected of funding terrorism could be deported or have their properties requisitioned in the coming days as Kenya continues to flex its muscles amid deteriorating relations between Kenya and Somalia.

The decision, which is awaiting approval by the National Security Council, comes as Nation learnt that Kenya is reaching out to countries that have influence over Somalia to help mediate between them.

Among the countries that have been approached by Kenya, according to security sources, is Qatar, which has in recent years taken a prominent role in positioning itself as the main backer of Somali President Mohamed Farmaajo.

Somalia cut diplomatic ties with Kenya in December last year, accusing Nairobi of meddling with her internal affairs. Since then, everything has been going downhill before suddenly escalating last Monday after Kenya decided it will not take part in the hearings of its maritime dispute case with Somalia at the International Court of Justice (ICJ).

With an amicable solution to the border dispute unlikely to be found in the near future and Somalia standing by her decision to claim the resource-rich 160,580 square-kilometer territory in the Indian Ocean, Nairobi has decided to play hardball.

Already, Kenya has issued a 14-day ultimatum to the United Nations High Commissioner for Refugees (UNHCR) to close Dadaab and Kakuma refugee camps, a decision that has not gone down well with the international agency. Refugees Yesterday, the UNHCR pleaded with Kenya to put on hold that decision until a sustainable solution is found.

“The decision would have an impact on the protection of refugees in Kenya, including in the context of the ongoing Covid-19 pandemic. We will continue our dialogue with the Kenyan authorities on this issue,” said a statement from UNHCR.

Dadaab and Kakuma hold at least 400,000 refugees who are mostly Somali. Shutting the camps down in two weeks and ordering the refugees home could create a humanitarian crisis in the horn of Africa nation that has been at war for 30 years and does not have a stable government. As if that is not enough, Kenya could crack down on Somali foreigners living in Nairobi in the coming days and send them home.

A similar crackdown was carried out in 2014 after a series of terror attacks in Mombasa and Nairobi. Under a plan dubbed “Operation Usalama Watch”, General Service Unit (GSU) officers backed by those from the Anti-Terror Police Unit (ATPU) rounded up thousands of Somalis who were in Kenya illegally from Eastleigh, South C, Lang’ata, Kawangware and Kasarani in Nairobi.

Those arrested were detained at the Moi International Sports Centre stadium in Kasarani as their citizenship was being ascertained. Those found without papers were bussed to refugee camps or deported to Somalia. Eastleigh, in particular, is a bustling neighbourhood-cum-business hub, and is home to hundreds of thousands of Somalis who are either indigenous Kenyans or are in Nairobi illegally.

Security sources have told Nation that the idea of weeding out illegal aliens has always been there due to terror concerns, but has only recently been kicked into high gear.

Additionally, the government could, in the coming days, rein in on businesses suspected of being used as conduits to fund terrorism and the al-Shabaab terror group. Those in the know say that businesses ascertained to be funding terrorism will be put on a sanctions list and will be classified as specified entities.

Terror sympathisers Under the Prevention of Terrorism Act 2012, ‘specified entities’ are Level One enemies of the state and are equated with terrorist groups. Being a member of a terrorist group is punishable with 30 years’ imprisonment.

The law, however, recommends that, for anyone to be declared a terrorist sympathiser, they should be allowed to demonstrate within seven days why this should not happen. A similar exercise last year ended up in nine people being classified as terror sympathisers.

The new plan by the government comes as Jubaland, a semiautonomous state within Somalia and a key ally of Nairobi, suffered a blow as it emerged that one of its key security figures was planning to join forces with President Farmaajo.

Mr Abdirashid Hassan Abdinur alias Abdirashid Janan, the Jubaland security minister, has, for months been hiding in Mandera where Kenya had given him asylum. Somali media yesterday reported that Mr Janan, in a move that could greatly tilt the power balance in the war-torn nation, had suddenly been sacked by Jubaland president Ahmed Madobe.

Mr Janan, who hails from the Marehan clan, which occupies the Gedo region near the Kenyan border, has troops loyal to him. Immediately after the news of his sacking came out, it was announced that he had joined forces with Mr Farmaajo.

The move by Mr Janan comes at a time when the Somali government continues to build up troop numbers in Gedo, fueling speculation that President Farmaajo may be planning a move for the port city of Kismayo.

Mr Janan comes from the upper region of Gedo, whose large swathes are still in the hands of alShabaab militants. He was once the subject of bitter clashes between the SNA and Jubaland Security Forces (JSF) loyal to him, as the Somali government sought to arrest him from Mandera.

In January, Somalia threatened to withdraw from the Intergovernmental Authority on Development (Igad) regional bloc after the group ruled in favour of Kenya, with the envoys saying they found that Mr Janan’s troops were based inside Somalia under the command of the Jubaland forces.