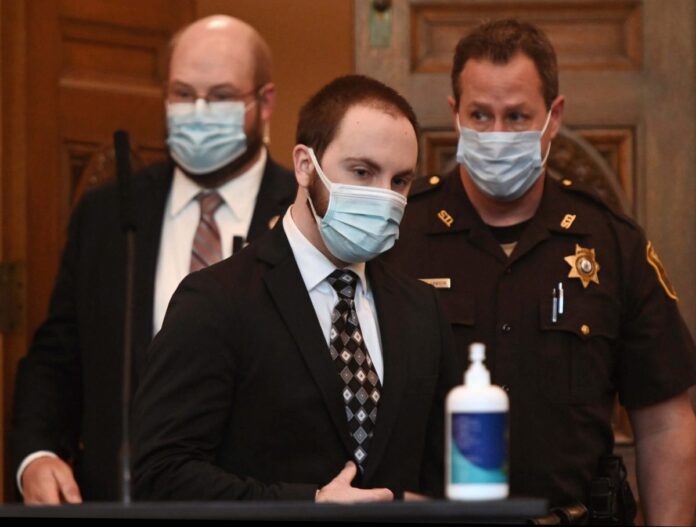 The Portland man serving 7½ years for manslaughter in the shooting death of his sister’s boyfriend two years ago is asking the Maine Supreme Judicial Court to set aside his conviction.

Mark Cardilli Jr., now 26, shot and killed Isahak Muse, 22, in an early-morning family fight on March 16, 2019, at Cardilli’s parents’ home. Muse had been dating Cardilli’s sister, Chelsey Cardilli, then 17, for about a year when her brother returned home from a stint in the U.S. Army 11 days before the shooting.

At his trial and again in his appeal, Cardilli Jr., who is white, argued that he acted in self-defense when he shot the unarmed Black man multiple times with a pistol at close range. Prosecutors said that Muse was shot in the back and that deadly force was not necessary to remove him from the house even though Muse had stayed past the time by which his girlfriend’s parents said he should leave.

Justices will hear oral arguments in the case remotely at 10 a.m. Tuesday.

Muse’s death sparked outrage within Portland’s Somali and immigrant community. He was born in Portland to immigrant parents from Somalia and attended Deering High School.

Cardilli’s appeal focuses on his belief that he acted in self-defense when he brought a loaded gun to a shoving match among his father, Mark Cardilli Sr., Muse and himself. Cardilli Jr. claims in the appeal that Muse broke his nose before the shots were fired but prosecutors dispute that saying there is no evidence he sought medical treatment for such an injury.

The legal questions raised in the appeal center on whether Superior Court Justice Nancy Mills “reasonably concluded that [Cardilli] Jr. was objectively unreasonable in using deadly force against a guest to prevent the infliction of bodily injury” and whether she properly analyzed self-defense under the law. Mills, who presided over Cardilli’s week-long, jury-waived trial, issued a 52-page ruling explaining why she found him guilty of manslaughter. She sentenced him to 11 years in prison with all but 7½ years suspended to be followed by four years of probation.

Mills has since retired.

Cardilli is incarcerated at the Maine Correctional Center in Windham. If his appeal is unsuccessful, Cardilli’s earliest possible release date is Oct. 27, 2025, according to the Maine Department of Corrections.

There is no timetable under which the justices must issue a decision.