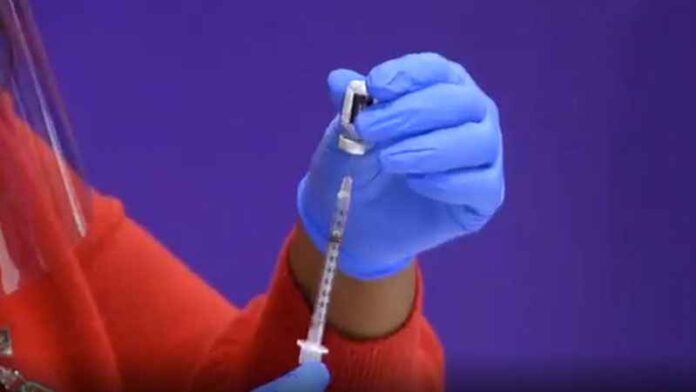 The threat of misinformation about vaccines is not new for some community leaders and public health experts in Minnesota, but fighting the latest wave of false information about COVID-19 has forced them to update their tactics.

Abdi Bihi saw the impact of a previous misinformation campaign targeting the Somali community in Minneapolis which sowed distrust about the measles vaccine before an outbreak in 2017 sickened mostly Somali children.

“We learned… that the conspiracies were there for a while… while we were absent,” Bihi said. “What we’ve learned from the past is, we had to rush to fight this off.”

Bihi invited 5 EYEWITNESS NEWS cameras to record him receiving the COVID-19 vaccine at the Brian Coyle Community Center in March.

Building trust through community leaders is one of the strategies outlined in the COVID-19 Vaccine Communication Handbook, a 21-page guide designed earlier this year for public health professionals and journalists and developed by an international team of researchers and academics including Panayiota Kendeou, a professor of educational psychology at the University of Minnesota.

“What we’re finding in the context of COVID-19 is that knowledge—accurate knowledge—is not enough. We are battling deeply held beliefs and values and emotions,” Kendeou said.

There is no indication that the flood of misinformation about the virus and the vaccines is slowing.

A recent report from the UK-based Center For Countering Digital Hate (CCDH) found the social media platform Instagram automatically serving up misinformation to certain users depending on what type of accounts they followed. The study reported that more than half of the 104 posts it flagged included misinformation specifically about COVID-19 and the vaccines developed to fight the virus.

“What we found was really chilling. If you were following wellness (accounts), it started feeding you anti-vax content,” said Imran Ahmed, CEO of CCDH. “It was creating a radical worldview among people. It was radicalizing people.”

A spokesperson for Instagram’s owner, Facebook, said the tech giant has already responded to some of the misinformation identified by CCDH.

“Working with leading health organizations, we’ve updated our policies to take action against accounts that break our COVID-19 and vaccine rules—including by reducing their distribution or removing them from our platform,” Kevin McAlister wrote in a statement to 5 EYEWITNESS NEWS.

“Since research shows that the best way to combat vaccine hesitancy is to connect people to reliable information from health experts, we’ve also connected over two billion people to resources from health authorities, including through our COVID-19 Information Center,” McAlister said.

While Kendeou says social media remains an important battleground in the fight against misinformation, she suggests time and effort should be focused on those who are “vaccine hesitant” rather than a smaller group of those pushing conspiracy theories as part of what is known as the “anti-vax movement.”

“The anti-vax movement — I think that’s a battle that we probably lost a while ago. There are people who are very strongly ‘anti-vax’ and no matter the campaign that we undertake, we will do very little to change their beliefs and their behavior,” Kendeou said. “We need to approach vaccine hesitancy with a different mindset, to have a dialogue about the concerns that exist. We need to take those concerns seriously.”

She and others say one important step in that process is to acknowledge the unequal impact of COVID-19 on some minority groups, a history of discrimination in health care and a growing distrust of science.

“When you put all of that together, you get the perfect storm where we’re seeing that the communities that need it the most and that have suffered the most end up also being the most hesitant,” Kendeou said.

The Minnesota Department of Health said it could not provide vaccination rates specifically for the Somali community, but state data shows a lower rate of African Americans and some other minority groups have been vaccinated for COVID-19 compared to whites.

While that gap has narrowed in certain age groups, it remains a concern shared by Bihi who now says he hopes turning his words about the vaccine into action will have an impact throughout his community and beyond.