Mogadishu (HOL) – Omar Abdulkadir Barajab, the hoops star who led Somalia while at its peak in the 1980’s has passed away in Dubai on Tuesday.

Omar was born into a family that was sport-obsessed. His father, Abdulkadir, was active in the athletic scene and was credited with making basketball popular in a country that would have much rather kicked a ball.

In the early 1970’s, a young Omar would dribble his basketball around his Shibis neighbourhood in Mogadishu, looking for people to play pick-up games with.

While still in high school, he began playing for LLPP Jeenyo, a domestic club. In these games, Baarjab would regularly go up against grown men. The budding point guard’s unique dribbling skills and scoring prowess were an early sign that Barjaab was special.

His talent quickly caught the eye of Somalia’s national team coaches, and although still a senior in high school, Omar was selected to Somalia’s Men’s National Team in 1981. That same year, Somalia hosted the FIBA Africa Championship in it’s capital Mogadishu.

That tournament was Somalia’s grand arrival on the basketball stage. Somalia fielded an impressive roster powered through the group stages, handily defeating opponents with a point differential of +35. Its only loss came at the semi-final stage when Somalia lost a nail-biter to the regional powerhouse, Egpyt (84-80). Somalia finished the tournament with a bronze medal, but it propelled Somali basketball and Barjajab’s legend.

Omar remained a constant fixture in the Somali basketball scene throughout the 1980’s. While captaining the men’s national team, Barajab also coached the woman’s national team.

After the collapse of Somalia’s central government in 1991, Omar relocated to the UAE, where he continued his involvement in basketball. He joined the Dubai Police Force as a physical trainer and continued to coach basketball professionally.

Omar was a FIBA accredited coach – one of the few in Africa – who held coaches clinics for other instructors.

In later years, Omar joined the Somal Olympic Committee and acted as the Chef de Mission – translated directly from French, the title means “head of mission” – for the Somalia delegation in London 2012. The Chef de Mission acts as the team spokesperson and mentor at the international competition.

Duran Farah, who was the Secretary-General of the Somali Olympic Committee in 2012 and current federal Minister of Labor and Social Affairs, told HOL that the news of Barajab’s passing hit him particularly hard because of their personal relationship and his contributions to the Somali sporting scene.

“Barajab was a dear friend. To many Somali’s he was a sporting icon in the country, and the nation will remember him as such. However, what I will miss most is his commitment to grassroots sports in Somalia and his engagement with the youth. He loved the game of basketball so much, and his biggest joy was sharing it with others through clinics and coaching.”

Duran told HOL that he fondly recalls Barajab coaching the next generation of Somali talent in the AfroBasket 2013 qualifying tournament.

“He took that team – many of whom never played together before – to the semi-finals. I think that raised the profile of Somali basketball again and reminded many of the glory days with Barajab at the helm.”

Barajab regularly held basketball clinics focusing on the fundamentals of basketball. Most of the participants had little to no experience. The aim was to get more people involved in the sport once they can grasp the basics.

Duran said Brajab leaves behind a legacy as one of the best point guards in Africa in his era. 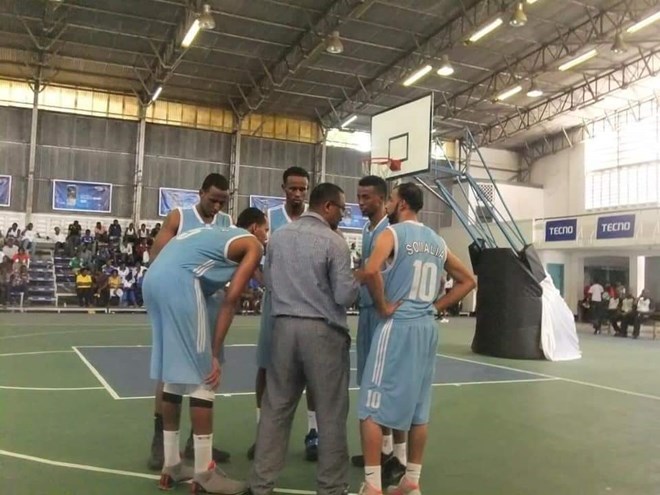