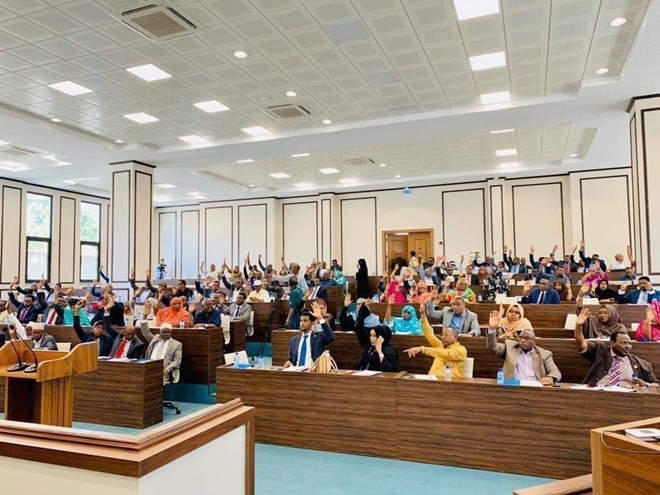 Mogadishu (HOL) – Somalia’s lawmakers were notified overnight that the House Speaker had cancelled Monday’s planned parliamentary session.Members of Parliament were informed that the session had been moved to Wednesday.

At least one MP that HOL spoke with said that there wasn’t an official reason given for the postponement.

Saturday’s session was adjourned by Mohamed Mursal, the Speaker of Parliament, after MPs accused him of obfuscating his intentions to table an extension for embattled President Farmajo, who is facing pressure to step down. Mursal told MPs that he called the session to discuss the COVID-19 pandemic, which has seen cases rapidly rising over the past month.

Mursal responded by announcing the suspension of 15 MPs for their role in the fracas.

However, the defiant lawmakers would not go easy and have vowed to attend the following sessions despite the ban. They warned Mursal that should anything happen to them in the commission of their duties as representatives; he would be held liable.

Credible reports suggest that the MP’s decision to ignore Mursal’s suspension played a part in the cancellation of Monday’s session.