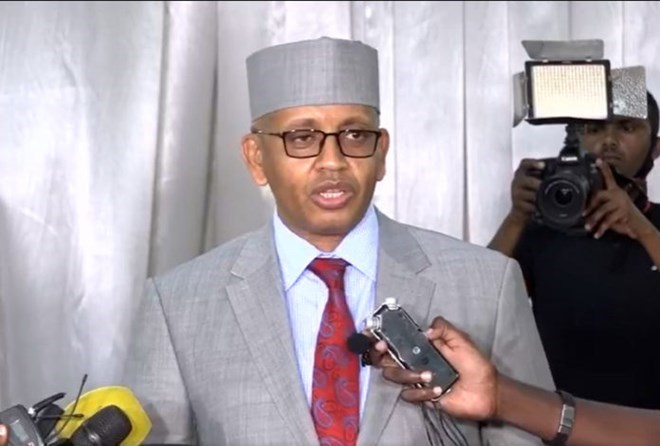 MOGADISHU (HOL) –  Kenya has no right to forcefully eject Somali refugees, Somalia has said in its response since Nairobi ordered the closure of the refugee camps.

“The (Somali) Refugees are protected by the Geneva Convention and therefore Kenya has no right to forcefully repatriate refugees,” Dubbe said.

The outspoken minister also accused Kenya of using the refugees issue to hit back at Somalia over the maritime case at The Hague and the recent defection of fugitive former Jubbaland security minister Abdirashid Janan.

Somalia had variously accused Kenya of supporting Janan and his forces and even sheltering him within its territory.

He noted that Somalia had resolved the issue of Janan and that the ICJ will decide on the case independently.

“So, if we have succeeded to resolve our internal (rebel) issues, they (Kenya) should not turn to the refugees for revenge,” Dubbe added.

Kenya announced last week it was giving the UNHCR 14 days to provide a roadmap for the closure of Dadaab and Kakuma refugee camps.  Kenya has made similar threats in the past but vacated owing to international pressure.