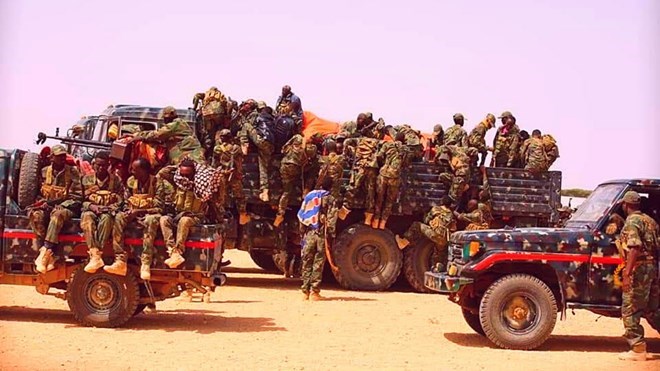 Mogadishu (HOL) – Hundreds of Somali government soldiers have been deployed in Dollow district to consolidate the gains made after the recent surrender of former Jubaland security minister Abdirashid Janan, who landed in Mogadishu on Thursday afternoon.

Over 400 fighters loyal to Janan and dozens of technicals in his arsenal have been turned over to the federal government.

Abdirahman Yusuf Al-Adala, the Somali government’s deputy information minister, said the government welcomed the fighters, who had previously been at loggerheads with the government. Many of the fighters are believed to have taken part in active fighting against the federal government in Beled Hawo earlier this year.

The fighters are expected to be absorbed into the national army.

Janan was flown from Dollow to Mogadishu on Thursday after it was announced that he would be surrendering to the federal government. He was accompanied by Abdirhamand Dhere, the Minister for Transport Abdirahman Dheere and Deputy Information Minister Abdirahman Al- Adala. It was the first time Janan returned to Aden Adde International Airport since August 31, 2019, when he was arrested by Federal Government forces while attempting to catch an international flight out of the country. 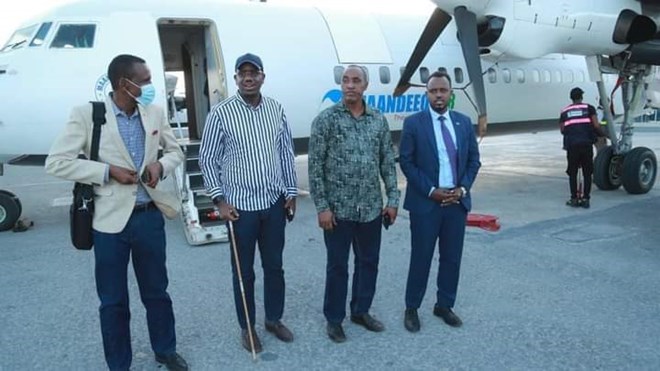 Janan confirmed that he began negotiating his surrender to the federal government on Tuesday in an interview with the BBC.

Jubaland President Madobe sacked Abdirashid Janan as his security chief after it emerged that the latter was in talks with the federal government for his imminent surrender.