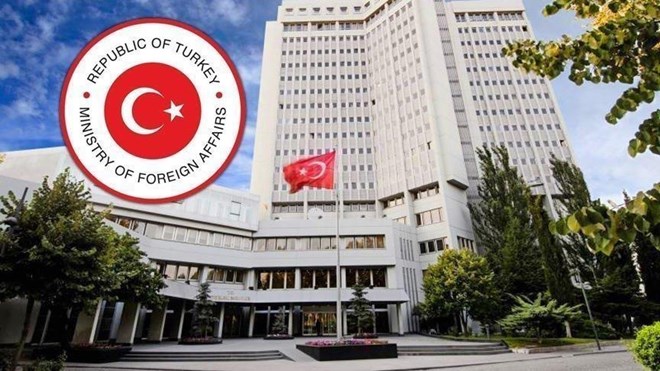 ANKARA – Turkey on Wednesday voiced concern over the election impasse in Somalia, calling on stakeholders to resolve their disputes through constructive dialogue.

“We are concerned that the lack of consensus so far amongst the stakeholders on the election process in Somalia might disrupt the Somali people’s expectation for the development of their country, as well as achieving peace and prosperity,” the Foreign Ministry said in a statement.

The ministry invited the federal government and member states in Somalia to come together to resolve disputes “with an inclusive and constructive dialogue on the basis of the consensus reached on Sept. 17, 2020.”

It stressed the importance of holding the elections without further delay and reiterated Ankara’s support for the friendly people of Somalia and its government to overcome the issue as soon as possible.

The Horn of African country witnessed a political stalemate after presidential and parliamentary elections were delayed and the president’s constitutional mandate expired on Feb. 8.

The agreement reached last September was seen as a major step towards Somalia holding indirect parliamentary and presidential elections in late 2020 and early 2021, respectively.

It has since stalled as the country’s divided political leaders differ on how to proceed with the elections, despite President Mohamed Abdullahi Mohamed’s constitutional mandate having expired on Feb. 8.

Meanwhile, Turkish Ambassador to Somalia Mehmet Yilmaz stepped up efforts to find a way out of the current political impasse.

“We agreed on the importance of finding a solution to the current political impasse and the role international partners can play in helping Somalia hold free and fair elections,” Madobe said after a virtual meeting with the Turkish ambassador on Wednesday.

They did not participate in a consultative conference held in the capital Mogadishu, citing security concerns although the conference was held at a heavily protected area inside Aden Adde International Airport.