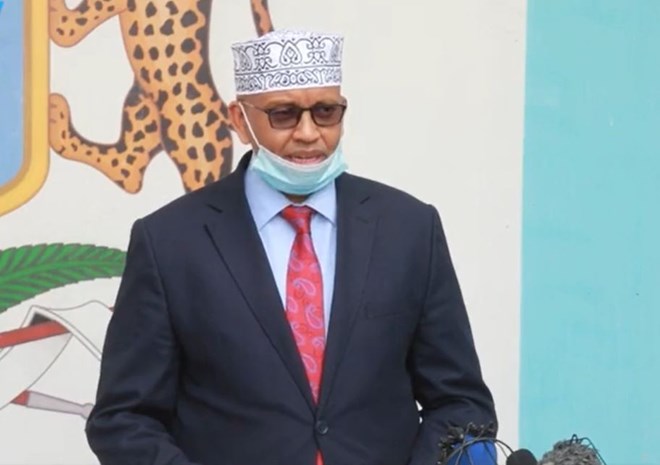 Mogadishu (HOL) – Somalia’s Federal Government has warned international partners not to cross a “red line” by interfering in its internal affairs, according to Information Minister Osman Dubbe.

“FGS (Federal Government of Somalia) urges our international partners and allies to respect Somalia’s sovereignty and territorial integrity. Within the tenets of international law, it’s illegal to intervene in a sovereign states’ internal issues. That is a red line that must never be crossed.”

Dubbe added that partners should be mindful of what they write on social media.

“Somalia does not interfere in foreign elections or comment on them on Twitter. We expect that from our friends and partners.”

Dubbe’s comments appear to be aimed at Norway in Somalia, who tweeted that “the FGS is obliged to secure swift transfer of power, as are all political actors,” which many interpreted as a call for Farmajo to leave office.

Norway followed up on the tweet to clarify that it is an impartial ally.

“The Embassy would like to clarify that what we hope to see are swift and peaceful elections, based on consensus. Norway, as a long-term friend and partner of Somalia, is and always will remain impartial to the internal choices made by the Somali people.”

The tweet was sent directly to Villa Somalia, the Office of the Somali President.