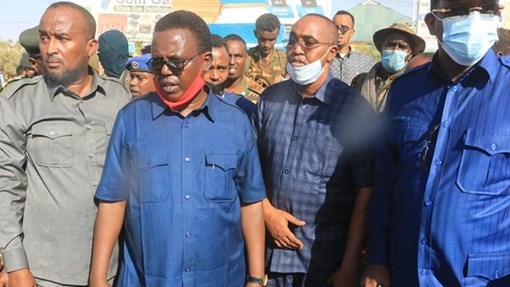 Somali Minister of Information, Osman Dubbe, confirmed that Janan is in government custody and insinuated that he returned from Kenya.

“The Somali Government has received Abdirashid Janan on Wednesday after he opted (for) peace & quit his presence in a foreign country. It’s a bright day for Somalia, especially for government efforts to stabilize the Gedo region and the larger Jubaland. Janan will be airlifted to Mogadishu, and the government will issue an official statement on the matter.”

Abdirashid confirmed that he began negotiating his surrender to the federal government on Tuesday in an interview with the BBC.

The terms of his surrender are unknown and have not been released.

Amnesty International called on Somalia’s federal government to ensure Janan faced accountability for alleged human rights violations he committed in Gedo while he was a security minister.

“Now that Abdirashid Janan is in the hands of the federal government of Somalia, authorities must ensure justice and accountability for all the alleged human rights violations he committed in Gedo. Victims and impacted families deserve justice.”

Janan was fired by Jubaland President Ahmed Madobe’s cabinet this week, presumably after news emerged that he was in talks with the federal government.

Hundreds of people were on hand to witness the defection, which attendee’s described as a “home-coming” for the recently sacked security chief. 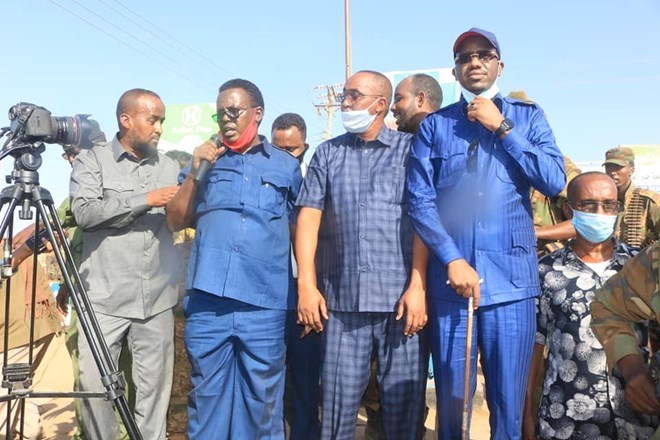 The federal government previously considered Janan a fugitive of justice after he escaped from a Mogadishu prison in late January 2020. Since his escape, Somalia had issued an international red notice with INTERPOL for Janan’s arrest. He successfully evaded capture and was widely believed to have hidden out in Kenya with the Kenyan security sector’s assistance.*

Janan and his fighters clashed with Somali federal troops on January 25 in Beled Hawo, leading to the death of 11 people. The Somali government paraded dozens of captured Jubaland fighters after the battle and said close to 100 were taken into custody. 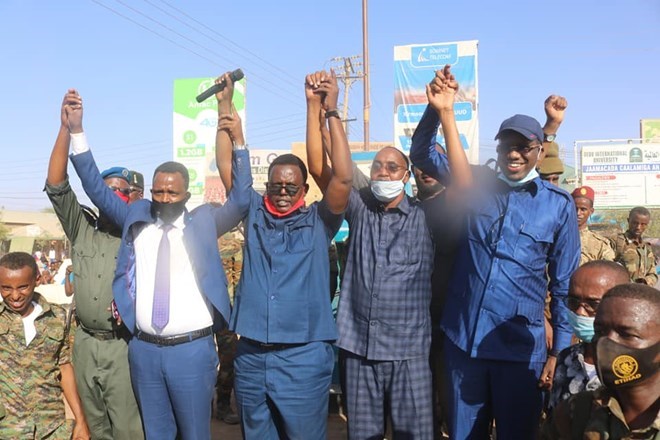