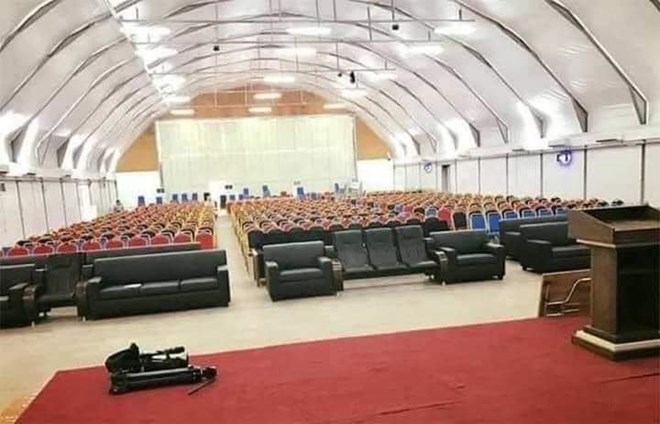 The international community played a significant role in facilitating the conference. After months of political turmoil suspended the country in a constitutional crisis, the United Nations and the U.S government-issued statements on Sunday calling on leaders to end the impasse. Somalia’s leaders will hold the talks at Aden Adde International Airport.

The U.S. Secretary of State Antony Blinken called on “Somalia’s leaders to safeguard the country’s future and find an agreement to conduct parliamentary and presidential elections immediately.” He said that Somalia’s leaders must “set aside narrow political objectives, uphold their responsibilities to the people of Somalia”.

The U.S Embassy sent a strongly-worded tweet out demanding Somalia’s Federal Member State leaders remain in Mogadishu until a path to elections is realized.

The UN released a joint-statement with over two dozen signatories urging leaders to implement the September 17 agreement by building on the proposals put forth by the Baidoa Technical Committee in mid-February. The statement added they would support no either process.

“We see no viable alternative to the implementation of the 17 September electoral model on a rapid timeline to conduct peaceful, inclusive, free, fair, and credible elections. International partners will not support a partial or parallel electoral process or any initiatives leading to an extension of prior mandates.”

Despite security concerns raised by at least one regional President, all the FMS leaders are expected to attend the conference.

AMISOM released a statement on Sunday saying that it assured the various stakeholders that the necessary security measures have been put in place to ensure a safe environment.

“I wish to assure all Somali leaders, the public and other stakeholders that AMISOM, in coordination with its partners, has put in place the necessary measures to ensure that the meeting takes place in a conducive, secure and peaceful environment in which all parties feel comfortable to participate, AMISOM chief Franciso Madeira said.

Madeira said that the meeting’s technical and security aspects, which will take place at the Afsiyoni tent, have been completed and that AMISOM will guarantee security before and after the meeting. 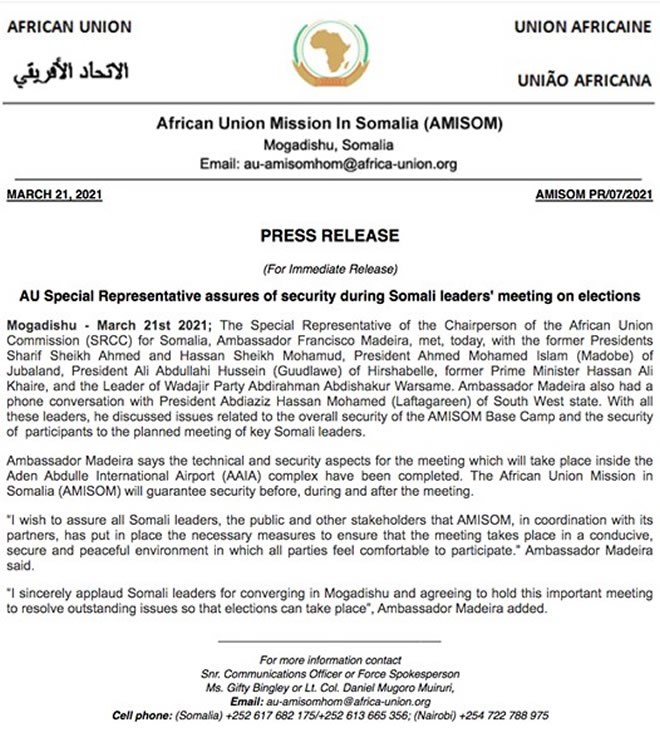