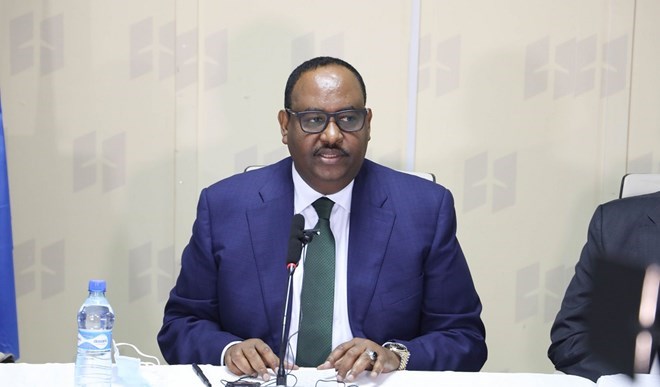 Mogadishu (HOL) – Puntland President Said Abdullahi Deni said that he questions the security arrangement for the electoral conference, citing a security risk posed to him by elite Federal troops he deems to be loyal to Farmajo in the capital, Mogadishu.

In an interview with the BBC Somali language service, Deni said that the international community must address how Somali forces are managed before the electoral consultative summit can begin.

Deni, who has been in Somalia’s capital for the past week meeting with presidential opposition candidates, the UN, and Jubaland President Madobe, among others, said that Federal Troops have “surrounded him.” He said that he had not held any meetings with federal government officials since his arrival in Mogadishu.

When asked by the BBC if he had been formally invited to the electoral consultative summit, Deni replied that he had seen the letter on social media, but he had not received an official invitation.

He said that he was in Mogadishu “at the invitation of the international community, particularly James Swan (UN Special Representative) and Yamamoto (U.S. Ambassador), who have been working to bring the parties together since the end of the constitutional mandate for this government expired.

The Head of AMISOM, Francisco Madeira, said that he spoke with most major stakeholders on Sunday and discussed the meeting participants’ security. Madeira omitted Deni from the list of stakeholders he assured, signalling that the two have not spoken. 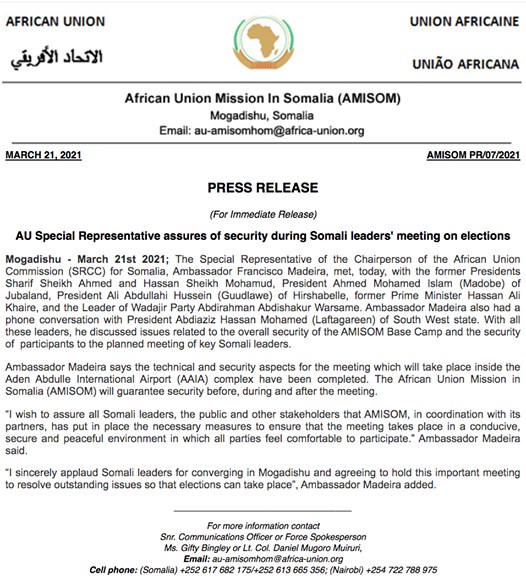