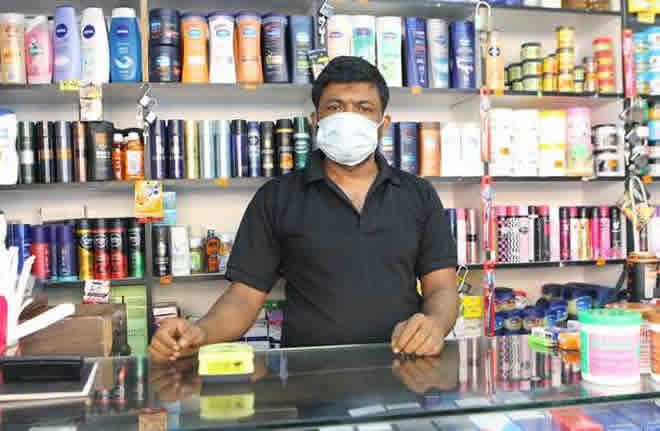 Durban – Feeling oppressed in their own countries due to wars, political infighting and poverty, foreign nationals travelled to South Africa for a chance at a better life. Before they arrived, they heard that the country would provide them with job opportunities, safety and equality.

However, in recent months, the foreign traders have come under threat, allegedly by members of the Umkhonto we Sizwe Military Veterans Association (MKMVA). Last Monday, a group of men, allegedly belonging to the association, damaged and set alight trading stalls belonging to foreign street vendors in the Durban Central Business District.

Many street vendors who trade on Bertha Mkhize (Victoria) Street, Ingcunce Road (Albert Street) and near The Workshop on Samora Machel (Aliwal) Street – have had their stock and equipment either stolen or destroyed. They say their human rights were violated.

Some did not feel safe returning to their homes and instead sought help at the Refugee Social Services at the Diakonia Centre. Others are sleeping in parks. They feel if they remain together, they will be stronger. With nowhere else to turn, they are pleading with the South African government to intervene.

* Gracia Nyenge Benazau, 29, said she left the Democratic Republic of Congo (DRC) in 2010 because of poverty and oppression faced by women. She came to South Africa on a work permit at the age of 18.

“My family were poor and I needed to make my own way to help them. I heard that South Africa was a good place to find a job and make a better life for myself. In the DRC, women seem to have no rights … They are raped, killed and used as sex slaves by militant groups. I did not want such a violent life.”

Benazau said she always wanted to start her own business – a hair salon.

“In the DRC, I knew I would never be able to achieve my dream. When I came to South Africa, I got a job at a salon run by another foreigner. I made enough money and opened a salon. I operate from a tent (near The Workshop).”

With the money she earned, she rented a room on South Beach for R1 500 and also sent money home to her family.

“Everything was going well. Then the attacks started last Monday. They broke my tent and took my equipment because they did not want me as a foreigner to have a business. I tried to stop them but I was punched in the stomach. I am still sore.

“Now, I have no money and I have not had a proper meal in days. I am sleeping in a park with some of the other traders. We are living in the park together because we are afraid to go back to our flats in case the locals attack us again.”

Benazau said she did not report her attack to the police.

“I don’t have faith in the police. They just watched us being attacked and did nothing. They instead used pepper spray on us. I know that if I go to them, nothing will be done to assist me. I did not go to my embassy either, but I sought help from the Refugee Social Services.”

* Manasee Amissi, 30, of St Andrews Street, is also from the DRC. He arrived with his guardian parents almost 20 years ago.

“We ran away for a better life and to have peace and security, but now we are always being attacked and told to go back to our home. But South Africa is also home for us. We have our legal papers to stay and work here. Some of us even have South African identity books.”

Amissi sells glasses and perfumes on the roadside at Denis Hurley (Queen) Street. He said last Monday, he was told to close his business and go home.

“We are always being chased. We have no peace. Every time these attacks happen, our goods are damaged and stolen. How do we survive? After getting our paperwork in order, we have had no help from the government. Why are we being stopped from working?”

Amissi said he was shot several times by the police with rubber bullets in his torso and arms while at the Diakonia Centre.

“We feel there is no protection for us from law enforcement. I even tried to open up a case but was turned away without a reason.”

“We are one of the poorest countries and getting a stable job is difficult. At times, we went to bed hungry. I heard about others who travelled to Durban and had successful businesses selling cosmetics and clothing. So I applied and my work permit was granted.

“I worked for a friend before I opened my own stall near The Workshop cutting men’s hair. I rented a room near Durban Station and was able to send money to my family.”

He said he had been previously attacked previously, but this time, everything was stolen.

“They stole my life … my money, everything. I have nothing. The police and government cannot help us. If they could, this would not have happened. The locals believe we are taking jobs away from them so they attack us. We are creating our own jobs to give our families a better life. Many of us have fled our countries because of the violence but the same thing is happening here. We are people oppressed.”

Ndayitwayeko said he has not returned to his flat.

“All us foreigners are staying together at a park. I don’t want to separate from the group in case we are attacked again. We are stronger together. It is difficult but I have no choice if I want to remain safe.”

He said he did not report the matter to the police.

“I have lost faith in the police. We are foreigners here and our well-being is not a priority. I have only sought help from the Refugee Social Services. I am not even sure where my embassy is.”

* Abdul Ali, 40, said he left Bangladesh in 2015 because of political instability, corruption and inequality.

“I wanted a fresh start and an opportunity to provide for my wife and two children who are still in Bangladesh.”

Ali, of Durban Central, has a shop on Bertha Mkhize Street, selling lotions and perfumes.

“I was told this is a peaceful country where foreigners are welcomed. But now we are being taken advantage of. No one wants to help us.

During the attacks, we closed our shops and ran to our homes. We were lucky our businesses were not looted or destroyed. Previously this happened to us too.”

He said foreigners have provided job opportunities for South Africans.

“We are not taking their jobs, we are helping build the economy. We treat them like our brothers and sisters but some of them have turned on us. The government has not stopped us from working, so why should this group prevent us from earning money?”