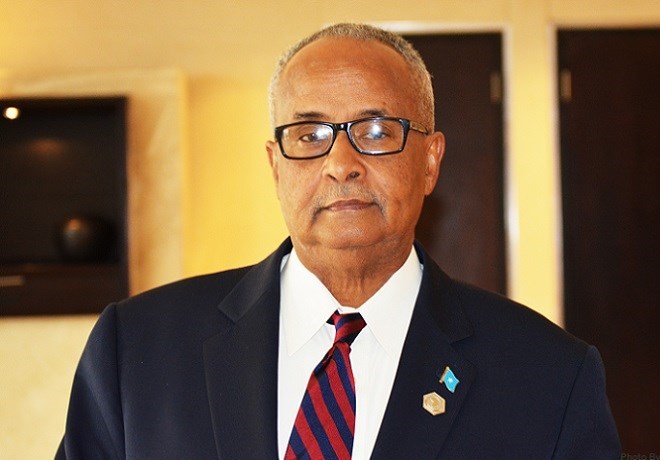 MOGADISHU (HOL) – Huge amounts of Somali shilling notes lie idle in a warehouse in Sudan after they were printed by a German firm, former governor of Somalia Centra Bank Abdusalam Omer has said raising questions on what could be one of the country’s kept secrets.

In an interview on Hanoolaato YouTube channel, Omer ‘revealed’ that the government of Sudan had pumped $49 million and contracted a German firm to print the notes which he said have superior security features.

HOL could not independently verify the assertions by Omer who served as Central Bank Governor between January 2013 and September of the same year.

From the interview, Omer did not specify how the printing of the currency was arrived at and why it was not shipped to Somalia.

He however said the currency may not find any use in Somalia. “I do not think this currency can be used in Somalia since there are wide-ranging disagreements between the Federal Government and the Federal Member States,” said Omer.

The World Bank estimates that over 98% of the notes in circulation in Somalia are fake. The last notes were printed by the Central Bank before the collapse of the government in 1991.

The claims by Omer are set to raise debates on how the multimillion-dollar project was procured and why the notes were not released for circulation.