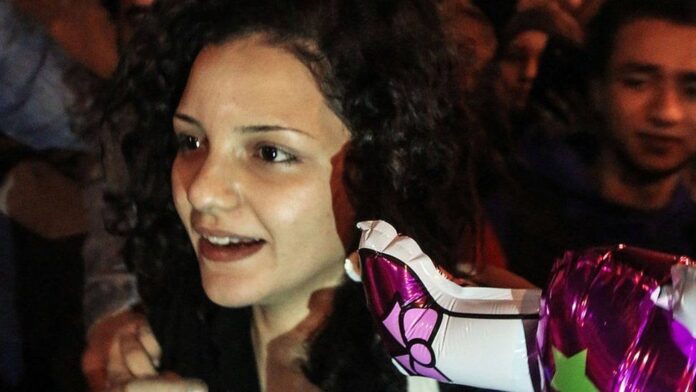 A court in Egypt has sentenced the prominent human rights activist Sanaa Seif to 18 months in jail after finding her guilty of “spreading false news”.

Seif was detained in June as she tried to file a complaint about an assault that she had allegedly suffered.

Prosecutors later accused her of making unfounded claims about the handling of Covid-19 outbreaks in Egyptian prisons.

Amnesty International said she had been convicted “on bogus charges stemming purely from her peaceful criticism”.

President Abdul Fattah al-Sisi has overseen what human rights groups say is an unprecedented crackdown on dissent since leading the military’s overthrow of Egypt’s first democratically elected president, Mohammed Morsi, in 2013 following protests against his rule.

Sanaa Seif is the daughter of the late human rights lawyer Ahmed Seif al-Islam and the Cairo University professor and veteran activist Laila Soueif. Her brother is Alaa Abdel Fattah, an influential blogger and activist who has been imprisoned since September 2019.

The 27-year-old, who had already been jailed in connection with two other cases since 2014, was detained on 23 June outside the Public Prosecutor’s Office in Cairo. She had been trying to report a physical assault the day before, according to Amnesty International.

The rights group said Sanaa Seif had been waiting outside the Tora prison complex for a letter from her brother along with her mother and her sister Mona when a group of women beat them with sticks and stole some of their belongings. One police officer reportedly pushed her mother towards the assailants, it added.

Prosecutors subsequently accused Sanaa Seif of disseminating “false news on the deterioration of the country’s health situation, and the spread of the coronavirus in prisons”, as well as “misusing social media” and insulting a police officer.

After Covid-19 reached Egypt, she accused prison authorities of mishandling outbreaks. Human Rights Watch documented several suspected outbreaks at prisons and police stations between last March and July, during which time it believes at least 14 prisoners died of Covid-19 complications.