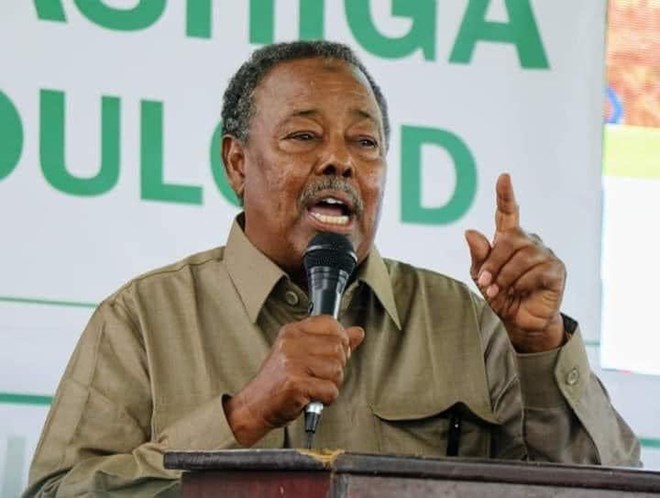 Mogadishu (HOL) – The body of former Somali President Ali Mahdi Mohamed will be brought to Mogadishu for burial today.

Ali Mahdi Mohamed passed away in Nairobi on Wednesday evening after being hospitalized with Covid-19. He was 82. In his honour, President Mohamed Abdullahi Farmajo has ordered the flag’s lowering to half-staff for three days.

A prominent businessman, Ali Mahdi Mohamed, became the fourth president of Somalia just days after Siyad Barre’s ouster in January 1991. Following Barre’s overthrow, Ali Mahdi Mohamed headed an interim government made up of a group of Somali politicians with the backing of some regional authorities but challenged by another faction leader, Mohamed Farah Aideed. He remained in office for another six tumultuous years that saw some of Somalia’s heaviest fighting in its civil war.