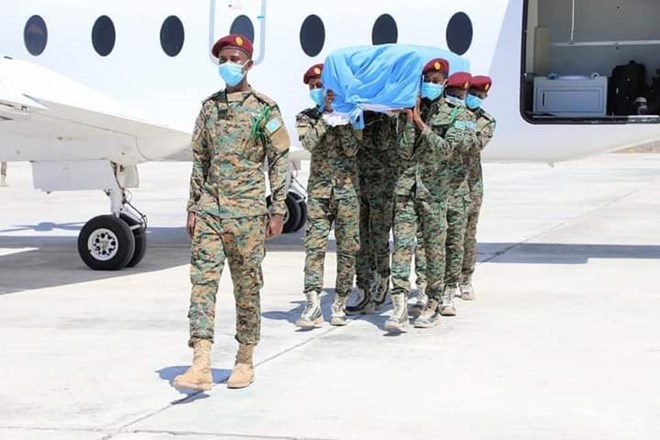 Mohamed died of COVID-19 on Wednesday days after he was taken to Kenya’s capital, Nairobi for further treatment. He died at the age of 83 years.

The President of the federal government, Mohamed Abdullahi Farmajo, Somali Prime Minister Mohamed Hassan Roble and other delegates have attended the funeral prayers, which the burial ceremony is scheduled to take place in Mogadishu’s neighbourhood.

Mohamed who was born in Mahaday District of Middle Shabelle region was schooled in Somali capital before he pursued further studies in Egypt in 1959.

After returning the country, Mohamed became a civil servant in the Ministry of Health where he was working until he joined politics.

In 1968, he was elected as a member of parliament.

Following the fall of the government led by military government led by Mohamed Siyad Barre in199, Mohamed became the fourth President of Somalia and served the nation from January 26, 1991, until January 1997.