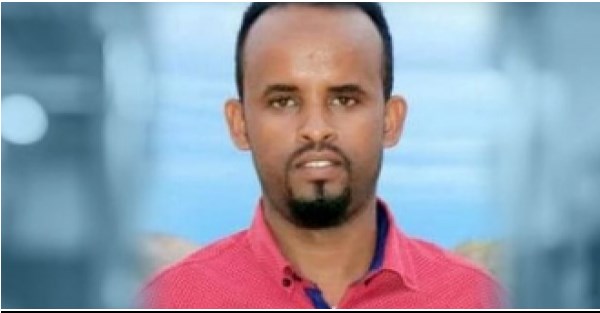 Farah is a freelance journalist who regularly reports on a number of community and political activities. He was arrested on December 27, 2020, just one day after he covered a protest in Garowe town and was taken to an undisclosed location. His whereabouts were completely unknown to his family or legal counsel for two weeks until he suddenly appeared in prison on January 11, 2021.

Farah has now been detained for 73 days, during which time his due process rights have been repeatedly violated. He was denied legal representation for well over a month after his arrest. Further, he is being tried in a military court, which only has jurisdiction over members of the armed forces.

On February 27, Farah was brought before the military court. According to the sentencing document provided by Farah’s lawyer, the Court itself stated that they “found no evidence of the charges brought by the prosecutor.” He was still sentenced to three months in jail. Despite this sentencing, the prosecutor appealed the decision, requesting 10 years in jail instead. Farah remains in detention while he waits for the court’s decision.

Robert F. Kennedy Human Rights is deeply concerned that the basis for Farah’s detention is a punitive measure for his journalism. His illegal arrest and continued detention violate multiple provisions under both domestic and international human rights law.

Farah’s criminalization takes place amidst escalating repression of journalists in Somalia. According to the Somali Journalists Syndicate (SJS), 2020 was a particularly dangerous year for journalists in Somalia. Two broadcast journalists were killed and four others injured—with half of the attacks committed by the state security forces. State authorities, including police, the National Intelligence Service Agency (NISA), and agents of regional state security services, arbitrarily arrested 56 journalists. Authorities also raided and shuttered five media houses across the country. According to SJS, almost 90% of the attacks on journalists occurred while they were on duty or going through security checkpoints.

Open and thriving democracies depend on the ability of journalists to carry out their work free from threats, violence, or intimidation of any kind. Robert F. Kennedy Human Rights urges authorities in Somalia to immediately and unconditionally release Farah, respect the fundamental freedoms of liberty, expression, and assembly, and protect journalists from all forms of attacks and harassment.