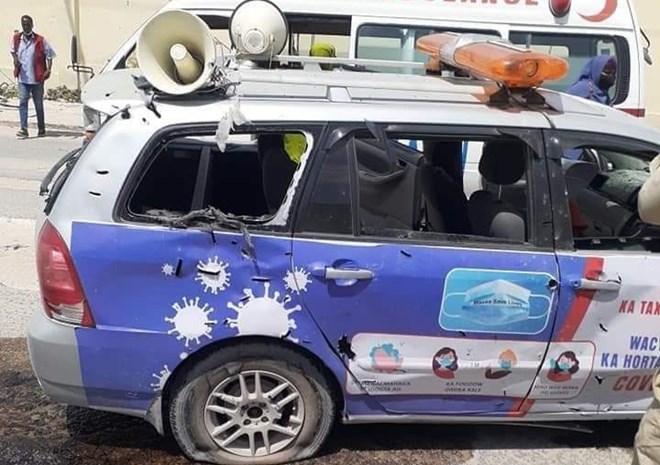 Mogadishu (HOL) – One person was killed and three security guards injured after the vehicle they were in was hit by a hand grenade in Mogadishu’s Kaaran district sources in the area have said.

The vehicle which was mounted with speakers to conduct a COVID-19 awareness campaign was hit by a hand grenade in Doob-doore area in Kaaran district. The driver of the vehicle died while three security guards were injured.

There was no immediate claim of responsibility. The attack comes barely 24 hours after the militant group Al-Shabaab fired mortar shells at the airport area in Mogadishu destroying facilities and injuring some people.

The UN said none of its staff was injured but confirmed casualties.